Deep learning has achieved a certain level of success over time. As a result, several questions are raised in the field of medicine with respect to automation of the several tasks undertaken by radiologists. In an editorial published in the Journal of the American College of Radiology, a radiologist and an author raised the question.

Alex Bratt, MD, Department of Radiology, Stanford University School of Medicine wrote, “With this in mind, it is clear why casual observers believe that our days are numbered: the computer can do everything we do. This happens to be incorrect, but the reasons why are not immediately obvious.” 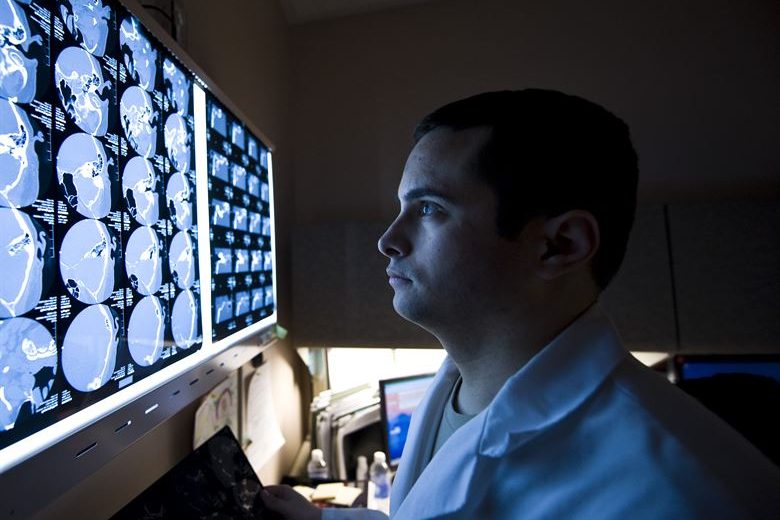 With the recent success of the process of deep learning, the previously assumed limitation of automation has been eradicated. It is a positive indication in the field of diagnostic radiology that has now been singled out to be susceptible to the after-effects of automation.

So what are the factors making deep learning so effective, and why is it expected to succeed when other similar approaches like traditional computer-aided detection and diagnosis, failed?

This has been a debatable topic. However, fact remains that deep neural networks have contributed to overall performance improvement in most of the computer vision tasks such as classification, localization, detection, segmentation, and captioning. The list is impossible to differentiate from the tasks performed by diagnostic radiologists. This also clarifies why casual observers think that the days are numbered – because they believe that a computer is capable of doing everything that human begins do. However, this is an incorrect notion, though the reasons are not straight away obvious.

To elaborate, Bratt provided three examples stating the obvious reasons why radiologists do not have to fear deep neural networks or DNNs.

Bratt noted that humans are capable of integrating clinical notes, prior imaging, lab values and more, unlike neural networks. As in, neural networks are restricted by the shape and size of acceptable inputs. Moreover, most operate with the help of 2D images only.

Long-term dependencies are believed to be the primary cause of the problem. For instance, as per Bratt’s writing, humans are capable of reading a novel and recognizing a character mentioned in chapter 1 even if the character is not in the book again till chapter 10, thus creating a cohesive model from an even bigger block of text.

Radiology integration is performed using large rows of text as well as pixels. However, DNNs are yet to be that close to achieving an optimum level of performance, at par with the human-level, as exemplified in the example given by Bratt.

Bratt wrote, “Ask yourself what fraction of the work you do could be performed safely with access to only a single image or a small contiguous set of images without access to clinical information or prior examinations. I’m guessing it’s pretty small.”

In health care and medicine, even a slight change in classification means failure. So, it is extremely important to be cautious at every step

While applying images, in radiology, from various institutions, it has been proven to be a challenging task that impacts performance, both good and bad.

Bratt argued, “This again reflects the fact that ostensibly trivial, even imperceptible, changes in input can cause catastrophic failure of DNNs, which limits the viability of these models in real-world mission-critical settings such as clinical medicine.”

DNNs require a huge amount of data, often millions and millions of images. Unlike algorithms, humans can use abstract reasoning instead of visual pattern recognition, with much lesser inputs.

Bratt specified that this could “come into play for rare disease.” He wrote, “For example, an emergency department radiologist may never have seen a case of left upper quadrant appendicitis in a patient with gut malrotation, but she would likely find this fairly trivial to recognize. Although these types of cases are relatively straightforward to humans, there may be simply too few to train DNNs with sufficient performance.”

Bratt concluded his statement saying, “To be clear, I welcome general artificial intelligence with open arms, because it will generate unprecedented prosperity for the human race just as automation has for centuries. As radiologists, it behooves us to educate ourselves so that we can cut through the hype and harness the very real power of deep learning as it exists today, even with its substantial limitations.”

At sepStream®, you would find the most advanced and efficient diagnostic tools and techniques for quick results. It is a leading name in the field of medicine and health care that promises to deliver outstanding results to patients living with long-term diseases. Using sophisticated tools and state-of-the-art equipment, the company aims to make imaging and diagnosis available to all customers regardless of their background.