Also, patients are an essential part of this sector. Patients are those who get benefitted from this sector and for whom the entire process runs. Without patients, the healthcare sector will cease to exist. Hence, the domain must emphasize on putting the requirements of the patients on the frontline while revising the operational procedures.

One of the most common terms that have created quite a buzz in the healthcare sector is surprise billing or out of network billing. Patients were surely not happy with such an arrangement. However, recently, there has been an amendment in the billing procedures, and revised legislation has been issued following the amendment as well to make the surprise billing a rare incident in the healthcare sector.

ACR or American College of Radiology has already praised the efforts and has added that further improvements will be added to the current set of facilities of the healthcare sector. ACR has emphasized on making the sector more patient-friendly so that more people can access the facilities available. Here is a brief about surprise billing. 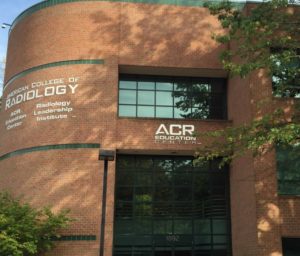 If any out-network facility is close, people generally opt for it during an emergency, leaving the in-network facilities located at a distance behind. This has been a concern for many of the patients for long.

It was challenging to trade between time and network facilities when emergencies arose.  Hence, IDR was necessary to be added to the existing legislation to address the issues of surprise billing. ACR has already issued a statement praising the inclusion of IDR into the process of law.

This inclusion will surely turn out to be of positive impact for the entire healthcare sector. This amendment has now enabled the out of the network physicians to initiate an IDR for in-network claims amounting more than $1250. ACR has credited this initiative as a “critical step” in removing the misappropriations arising out of the surprise medical bill issues.

As IDR got included in the act and the legislation got amended accordingly, ACR assured that further legislations are there in the pipeline to support the step of inclusion of IDR. The aim of ACR has always been to make healthcare sector services more impactful. Also, they are committed to making the existing facilities better.

However, as ACR continued to praise the inclusion of IDR above the amount of $1250, many o the stakeholders like ACEP suggested lowering the threshold amount. According to ACEP, most of the emergency cases would quote a cost less than $1250 and will not qualify for the IDR arbitration. Hence, the benefits of the amendment will cease to reach the majority of the medical care sector.

At SepStream®, we intend to deliver only the best. Also, we offer our services at affordable rates and maintain transparency leading to fair transactions each time. We treat every client in isolation from the other to align case-specific importance. Our team of experts takes care of each case individually to ensure the best solutions