Biased Selection Committees Favor MDs Over Do Applicants, According to 90% Radiology Residents

Almost 90 percent of radiology residents claimed that the residency selection groups preferred allopathic applicants over the ones pursuing osteopathy.

According to the result of a 13-question anonymous survey of over 250 residents published in the Current Problems in Diagnostic Radiology, this was claimed. DO-credentialed docs further claimed they were likely to be shunned away from pursuing radiology as their career option because of the degree compared to the MDs.

The findings of this survey are specifically relevant given the fact that in June 2020, training pathways for graduates were into one system under the Accreditation Council for Graduate Medical Education.

Nassier Harfouch, author, with the Northwell Health’s Staten Island University Hospital, along with colleagues debated that the perceived differences could have potentially unintended negative concerns. 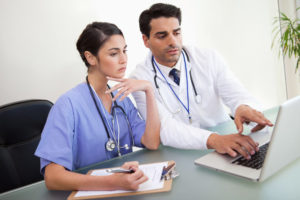 The authors said, “In our current environment of ever-increasing burnout and thus significant concerns for resident wellness, it is probably safe to infer that these partialities do not support a constructive educational and developmental environment. In spite of the innate difficulty to perform researcg on varying views and perceptions, the study pinpoints  the presence of contradictory persepctives amid radiology residents’ type of degree and delivers a launching point to exchange ideas in the future.”

To conclude, the authors analyzed different survey responses ranging from 268 current rad residents, which is 202 MD graduates versus 66 Dos. Results revealed that both osteopathic, as well as allopathic degree holders, believed that residency selection committees preferred applicants in the latter category.

Moreover, almost four times as many DO graduates said that having their degree changed the path of their medical careers when compared to the responses collected from MDs.

However, Harfouch and his colleagues suggested that the “notable” dissimilarities between both the degree pathways should be addressed before a drastic conclusion is drawn. Moreover, the fact that most of the respondents involved in the survey were MDs, further investigations were required to gain concrete insights into the issue.

The authors finally concluded, “Future research should aim to study if such inconsistencies are present between DO and MD residents in other specialties. It will be critical to encourage constructive relationshops and providing venues to discuss differing perspecitves to provide optimal care to patients.”

sepStream® has high-quality medical and diagnostic equipment to produce accurate results. Patients receive the best diagnostic services at the most affordable prices. Varied services are available to cater to a wide range of clients.