Diattenuation Imaging (DI) is a relatively new concept that allows researchers to study the brain more comprehensively and accurately. The neuro-imaging method is a major breakthrough in medical science. A study published in the Scientific Reports states that DI allows scientists to measure polarization-dependent attenuation of light through different parts of the brain.

When polarized light is transmitted through histological sections of the brain, different types of diattenuation was observed. Diattenuation is basically polarization-dependent attenuation of light. 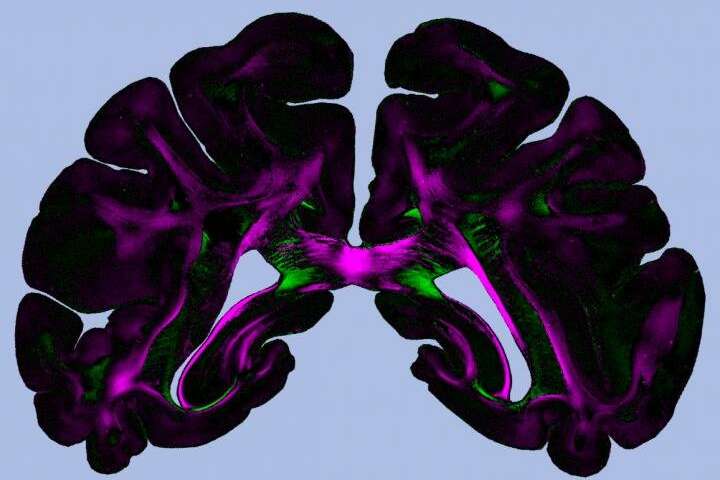 In some regions of the brain, the light is barely attenuated in polarized state parallel to nerve fibers, whereas in some others, it is found to be maximally attenuated.

However, the underlying mechanism and its effects and relationship to tissues, types, and properties were unknown.

After this experimental study, it was found that diattenuation of both types, which are minimum and maximum, is observed in the samples of brain tissues collected from different species like monkeys, rodents, and humans. The strength, as well as the diattenuation type, depends on the orientation of the nerve fiber. A combination of finite – difference time – domain simulations plus analytical modeling was needed to explain the diattenuation effects observed and to show that they are mainly caused by anisotropic absorption and anisotropic light scattering.

The study also points out that diattenuation signal not only depends on the nerve fiber orientations but equally on the properties of brain tissues such as fiber size, homogeneity, myelin sheath thickness, and others. This ensures that the diattenuation signals are able to distinguish between the regions of the brain with various tissue properties as well as establish DI as a promising imaging technique.

Miriam Menzel has been working on a previous study in which the research team developed a neuro-imaging technique called 3D polarized light imaging, or 3D-PLI. It is basically an approach, which allowed researchers to study the brain nerve fiber pathways with a micrometer resolution. While taking 3D-PLI measurements, the histological brain sections light up with the polarized light, thus causing refraction at various angles. That allowed scientists to computer spatial orientation of the nerve fibers specifically.

Menzel and the team of research at the University of Groningen and Forschungszentrym Julich, a German research center, wrote, “In contrast to other microscopy techniques which are limited to smaller tissue samples, 3D-PLI allows to resolve three-dimensional nerve fiber pathways to unstained whole-brain sections at microscopic resolution – the spatial orientations of the nerve fibers are derived by measuring the birefringence of the histological brain sections with a polarimeter.

The author also pointed out that birefringence was caused by myelin sheath, which plays an important role in neurodegenerative diseases such as multisystem atrophy and multiple sclerosis. Having said that, the imaging technique building on existing 3D-PLU certainly has the potential of transforming neurological research.

When further tested with JUQUEEN, a retired supercomputer of Julich, the findings revealed dependence on other tissues properties.

DI is possibly an extension of the 3D-PLI method that enables precise investigation of brain tissues. It is more accurate and makes pathological changes in tissues visible, thus helping physicians identify connected brain regions and help to reconstruct this complex organ.

The research concluded that it is possible to show the diattenuation of brain tissues provides image contrasts between different tissues and can be used besides other imaging modalities and learn more about the nerve fiber architecture of the brain and the composition of brain tissues, and ways to identify any pathological changes. This is critical for imaging and makes Diattenuation Imaging such a valuable technique in today’s diagnostics and healthcare fraternity.

sepStream® provides the latest range of sophisticated diagnostic and imaging tools to improve healthcare. Only when imaging results are accurate can patients receive a correct diagnosis and long-term care for a condition. With accuracy, it is also possible to rule out risks of any mistakes or lags in reporting, thus preventing unwanted delay or damage to patients.