In the latest development, facial recognition technology is all set to be used for monitoring sedated patients in the intensive care units (ICU). It would alert healthcare workers when patients accidentally remove a breathing tube or engage in some other behavior that could affect their health.

On June 3, the study was presented at the annual meeting of the European Society of Anesthesiology in Vienna.

When the concept was introduced, it was analyzed and found to have a 75 percent accuracy rate, which is a moderate level. In a Japanese study, scientists have trained an algorithm of 99 images from cameras aiming at the face of 24 ICU patients. 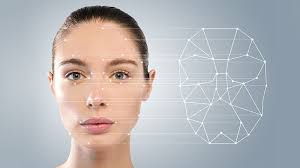 Akane Sato, the lead author of the study from the Yokohama City University, and colleagues, tested this technique on 99 images of 24 post-operative patients. He said, “Using images we had taken of a patient’s face and eyes we were able to train computer systems to recognize high-risk arm movement.”

The research suggested that the automated risk detection tool had the potential to be the continuous monitoring system of patient safety and could possibly remove some of the major limitations associated with lesser staff capacity, which makes it difficult to observe critically-ill patients.

The study involved 24 post-operative patients in an average age group of up to 67 years. They were admitted to the Yokohama City University Hospital’s ICU between June 2018 and October 2018.

The proof-of-concept model was built using photos taken by a camera that was mounted on the ceiling above the beds of the patients in the ICU. Approximately 300 hours of data were captured and analyzed to find daytime images of ICU patients facing the camera in a proper body position, showing the face and eyes very clearly.

Of the total images, 99 were subjected to machine learning – a typical algorithm that analyzes specific images based on data input, in a process resembling the way the human brain accepts new information. Finally, the model could successfully alert against high-risk behavior of patients, especially affecting the subject’s face, and had a high level of accuracy.

Akane noted, “Various situations can put patients at risk, so our next step is to include additional high-risk solutions in our analysis and to develop an alert function to warn healthcare professionals of risky behavior. Our end goal is to combine various sensing data such as vital signs with our images to develop a fully automated risk prediction system.

The team also said that it would have to work with patients lying in the ICU in various positions. It would help them to make a generalized tool to everyday ICU settings, which is important for data accuracy.

They also noted that this approach would benefit caregivers to additionally monitor the consciousness of patients closely as they gain wakefulness and are more likely to endanger their safety accidentally.

Still, this novel concept of using facial recognition software to improve the care of sedated patients is promising.

Akane also said, “We were surpassed about the high degree of accuracy that we achieved, which shows that this new technology has the potential to be a useful tool for improving patient safety, and is the first step for a smart ICU which is planned in our hospital.”

sepStream® is the fastest growing imaging solutions in the healthcare industry. Due to continuous research and improvements, imaging has changed a lot. It is now more improved, yet complicated, but provides accurate results to the patient. We provide powerful and full-featured solutions to our patients at an affordable price. Customers can also streamline operations and realize cost savings using our solutions.