Following AI-Based Recommendations Is Safer From Malpractice Liability For Radiologists

Medical practitioners and doctors opting to embrace artificial intelligence or AI-based guidance for nonstandard treatments are believed to be safer from medical malpractice lawsuits than most of them believe.

This rationale has been confirmed by the legal experts at the Georgetown University and the ETH Zurich Center for Law & Economics in a recently published experimental study released in the Journal of Nuclear Medicine.

They campaigned a nationally illustrative sample comprising of 2000 American adults, requesting them to examine one of the four situations in which physicians used artificial intelligence (AI) for treatment-related decisions. Each of these instances included either an AI-recommended standard or some nonstandard care. It also analyzed whether the service provider accepted or rejected that specific guidance.

In different situations, the decision of the physician led to harm the patient, and further participants were asked to choose whether or not the provider should be held liable. 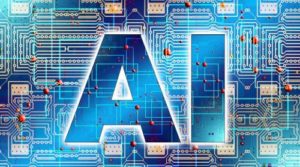 Based on these results, physicians opting to follow AI-based advice to go by standard care could reduce the risk of being liable for a mishap, instead of rejecting it. On the other hand, physicians are not protected if they sidestep AI-recommended care, which is nonstandard, in favor of the standard methodic approach.

According to Kevin Tobia, JD, Georgetown University Law Center, and his colleagues, this is the “follow both” approach of liability judgment. Principally, this decision, according to them, is all about whether standard treatment was provided and whether the involved physician followed AI recommendation to a T.

Several legal scholars debated that tort law poses a substantial barrier to the wider adoption of AI, as noted by Tobia and his colleagues, but the findings suggest otherwise.

“These results deliver direction to physicians seeking to reduce the risk of liability, and also a response to the recent concerns arising that this liability risk factor present in tort law could slow down the use of artificial intelligence in treatment medicine,” wrote the authors. “Opposing the predictions of legal theories, these experiments advocate that the jury pool’s view is unexpectedly favorable for using artificial intelligence in case of precision medicine.”

A Medscape report released in 2019 ranked radiology as the sixth of the top 10 medical specialties to be litigated, with the majority of the cases stemming from a delayed or failed diagnosis.

If you want to ensure the accuracy of radiology reports, sepStream® software offers the most reliable services. It is the most reputed and trusted medical imaging solution used by technically qualified personnel to provide impeccable imaging results. Radiology is the most important diagnostic stream of health and medical sciences.