According to a report published by RAND, private health insurance plans covering the majority of the population of America paid higher rates of insurance to hospitals compared to similar public plans like Medicaid and Medicare.

Going by facts, in 2017, mix-adjusted hospital rates were at 241 percent of Medicare prices, as per findings. The study also considered a negotiated amount of hospital prices relative to Medicare reimbursements for the procedures as well as facilities. People who were enrolled in private healthcare plans were employer-sponsored.

If hospital rates to Medicare costs were cut from 2015 to 2017, it would have easily saved $7.7 billion in overall healthcare expenditure for employers, reports RAND.

As large discrepancies in price existed between private health plans paid for hospital services and public Medicare plans, RAND Corporation researchers decided to explore it further. Researchers used data from multiple sources – self-insured employers, health plans, and state-based all-payer claims databases. They were going to assess $13 billion in hospital expenditure in terms of the price of hospitals, variations, trends from 2015 to 2017, across 25 states.

In the report, prices show the negotiated allowed amount paid for services, which includes the amount from both health plan and patient, with adjustments for the intensity of the services provided. The negotiated prices were then compared with the Medicare reimbursement rate for the same procedures as well as facilities to determine the actual relative prices.

Key audiences for the report are:

With this report, employers can become better purchasers and stay informed. The report also illustrates how policymakers could find it worthwhile and feasible to use claim data from private health plans and measure and/or compare hospital expenses at a higher level of detail. 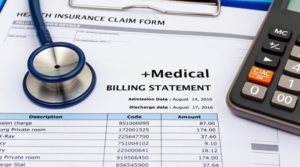 There was a sharp rise in relative prices from 2015 to 2017 in Indiana and Colorado, whereas the same fell over in that period in Michigan.

Prices varied almost threefold in the hospital system, ranging from 150 percent at the lowest to 400-plus at the highest range of Medicare rates.

However, a total of eight states – New York, Michigan, Massachusetts, Tennessee, Montana, New Hampshire, Maine, and Louisiana – are exceptions to this finding, having relative prices equal for both outpatients as well as inpatient services.

The wide variation of prices reflects a great opportunity for employers. The report reads employers can “redesign their health benefits to better align hospital prices with the value of care provided.”

While hospitals represent merely a part of the entire healthcare system, it is certainly important as well as an expensive one that needs improvement. In fact, healthcare plans sponsored by employers are now paying higher prices for the same services at the same facilities as Medicare plans, which make employers, as well as beneficiaries, pay higher costs.

If this area becomes more transparent, it could help employers potentially “use health plan network and benefit design to steer their enrollees away from providers with prices that are higher than competing providers.”

sepStream® is the one-stop destination for all kinds of medical imaging and diagnostic solutions. We make high-quality diagnosis affordable and easily available to people. Using top quality and advanced diagnostic tools, we ensure patients receive accurate results and optimum healthcare on time.