IBM Watson has been in the news for a long time, both for good and for the wrong reasons. According to an expert, Gary N. Smith, the company has tried its luck in the health care field with IBM Watson. It was more about offering smarter ways to handle the medicine field and different activities. However, it has seen more failures than the possible positive outcomes.

So, what lead to the failure of the IBM Watson? What led to pave the way to such negative aspects to such a great innovative idea? Before we jump into the conclusion as to why it failed, let us take a quick look at IBM Watson. 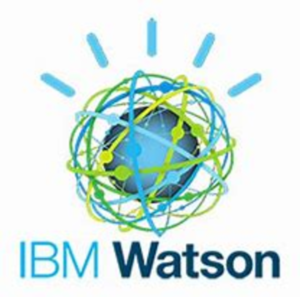 IBM Watson refers to a question-answering computerized system, developed by the founder of IBM named Thomas J. Watson. The system is capable enough to provide apt replies for questions posed in natural languages. The question-answer system was developed by a research team of experts led by the principal investigator named David Ferrucci. With Watson, the company aims to bring different AI tools and applications together for the management of data.

The technology Watson utilizes DeepQA software and Apache UIMA of IBM to frame the corresponding answers for the questions. The system is well written in various languages like:

It runs on SUSE Linux Enterprise Server 11 OS utilizing the Apache Hadoop framework for providing the distributed computing. The company has targeted several fields to use this technology for using the AI for managing their data systems. However, the system did not succeed in its aims perfectly in the case of the healthcare field. The doctors are starting to lose their faith in IBM Watson for managing their data and other medical applications.

According to the conversation between Robert J. Marks and Gary N. Smith, this technology has failed to deliver its promises accurately. Both these professionals were excited about the introduction of Watson in their field. They were ecstatic about the system as it would simplify their labor in many aspects.

It is not always possible to keep track of the daily journals released in the medical field. Also, it is quite difficult to distinguish between the real and the fake ones. IBM Watson was supposed to identify the symptoms and understand them accurately. But, in reality, these experts feel that Watson fails to understand the signs in the first place. Even after being told, there is always a question about the results provided by the same.

But was it the failure to understand or due to the different business practices, that IBM Watson failed miserably? Here are some of the potential reasons as to why Watson failed:

According to Robert J. Marks, the doctors and other professionals might not know the exact words to search the accurate results. Maybe that is why Watson is not capable enough to deliver the appropriate results. So, in turn, one needs to provide the exact keywords or questions, just like in google, to get the relevant answers from IBM Watson.

But the reality is different, according to Gary N. Smith. He feels that the problem is more about the irrelevant results than just about finding the correct keywords. He says the problem with a computer system is that it focuses on delivering just an output result. It can not distinguish between relevant and irrelevant results. That is why Watson fails to provide the appropriate results to the specialists and the doctors.

AI has been a “cool” word since the last year, and many companies like to flaunt it without even understanding the concept behind it. According to Robert J. Marks, many professionals feel that this system was solely made to lure people with limited knowledge about AI to invest their money on the same.

The expert Gary N. Smith says that even it might be just a hype; still, the system has a lot of drawbacks in not being able to decipher meanings. However, the question remains the same, was Watson a gimmick from IBM?

Another probable reason behind the failure of IBM Watson was that the professionals lack actual research. That means they failed to reach out to the point of clinical relevance while developing the system for use in the same field. It is not at all about providing the presence of persuasive technology.

The system has the aim of providing better and profitable results to the medical specialists. It was all about making the lives better, and even the lives of the patients more advanced and improved. But the system was based mainly on a theoretical approach than facts and research. Hence it failed miserably in the actual line of work.

But such is not the case for the software available at sepStream®. We offer different software for medical practitioners at affordable rates in the market. Right from PACS software to RIS, you can find such profitable systems here with our excellent customer support services. To know more, make sure to check out our website and the products for reference.