Importance of Reduced Variations in Radiology Reports with a Standard Template

Wide-ranging variations are found among radiologists for making reports for radiology exams. But have you ever wondered what causes such variations and discrepancies? According to previous studies conducted at small institutions and single subspecialty divisions, radiologists’ experiences are associated with fewer recommendations for follow-ups. However, it is not clear how many variations are there, what structure do radiologists follow to make reports, when do they recommend additional imaging, and what factors influence the likelihood of such discrepancies. 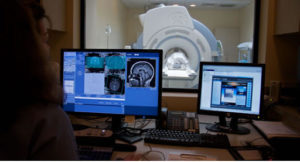 With an aim to get a clear understanding of this, researchers created a special machine learning algorithm for analyzing thousands of radiology reports from different modalities, imaging divisions and settings in a small level single institution. These reports did not include ultrasound and breast reports. A number of reports were selected and annotated manually to validate and train their algorithm. Its aim was to predict if they followed the same structure and if they included follow-up recommendations or not.

Results showed that the reports had a follow-up recommendation rate of 10-15%. However, the rate varied from one radiologist to the other, depending on the reader’s subspecialty division. The analysis showed that radiologists had more chances to recommend further imaging for CT studies and older patients, especially for female patients. According to these result findings, it was found that the same diagnostic results could have different follow-up recommendations, depending on the radiologist’s own discretion.

Clinical responsibilities can reduce the time required for in-person consultation directly. Variations in reports lead to ambiguity in decision making, due to which costs are raised and patient care is compromised to a great extent. An earlier study showed that radiologists with more experience were less susceptible to make follow-up recommendations. But this study refuted that conclusion. There may be different reasons for these variations, according to the time periods, institutions studied, and number of reports to be analyzed.

According to experts, it is important to recognize variations in radiology reports. There should be a common technology and similar rules that radiologists must follow before printing a report. Discrepancies lead to compromised patient care and increased diagnosis costs. Uniformity can be brought about by the usage of common rules and better distribution of a common report structure. Radiologists can make use of deep learning and artificial intelligence to continually analyze the success rate of a developed strategy.

With the aim to minimize variations in the radiology reports and follow-up recommendations, an improvement project was introduced at a large institution and academic medical center. The goal was to give value-based care to the patients, instead of relying on the radiologist’s personal discretion.

It was found that at large institutions, there were significant variability in the report structure, differing from one radiologist to the other. There were discrepancies in report content, length, degree of detail, and structure as well. Different radiologists structured the reports differently, which led to a lot of confusion among physicians, patients as well as referrers. For example, follow-up CT scans can be conducted at various diagnostic centers, imaging divisions, emergency departments, radiology sites, etc. Each center has its own reporting template and structure, which can be further changed by physicians and trainees.

It is important to perform a safety and quality initiative to optimize protocols and standardize a structure for making MRI and CT reports across the industry. A special committee was developed to create a standard report template structure. A number of workgroups were assigned to observe the modalities and anatomy according to the reports.

Thousands of templates were shortlisted to make a single structure for radiology reports. Many of them were harmonized and new templates were created as per the new protocols and a standardized structure. A large number of radiologists adopted this structure to make their reports, after which discrepancies in reports were reduced to a great extent and the structure was easily comprehensible even to the patients. The aim of making this template is to offer value-added radiology services to the patients with clear, organized, easily comprehensible reports. With this, the report structure was harmonized and any variability was reduced to a great extent.

There are a few other advantages of having a standard report structure. For example, templates can be auto-filled with codes once an exam is selected, due to which a significant amount of time can be saved. Overall reporting content can also be improved with such a standardized template, resulting in fewer conflicts, healthcare quality improvement, successful implementation and reduced disruptions.

We, at sepStream® understand the significance of having a standard template for all radiology reports. By offering highly advanced tools and technologies, we thrive to make our clients happy and satisfied in all aspects.