Gadolinium contrast media, also known as MRI contrast media, dyes or agents, is a chemical substance used in MRI scans and exams to make the internal body organs more visible. However, the medical industry is concerned about the effects of gadolinium on the human body and is looking for alternatives to this MRI contrast agent. That being said, Ferric Contrast, a contrast agent spun off from the University of Buffalo, New York has been allocated finance of $750,000 to develop an iron-based contrast agent for MRIs.

The company has been funded under the STTR program of the National Science Foundation, phase II, that aims at supporting small businesses do research in the industry and develop beneficial products and services. According to Ferric Contrast founded in 2017, this funding will come as a great support to improve the chemical properties of their iron-based contrast media, and they will be able to accelerate the production as well as per the demand. 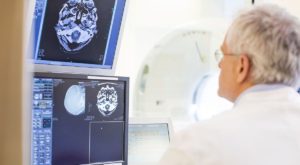 Looking for an Iron-Based Gadolinium Alternative

Ferric Contrast, based in Amherst in New York at the UB Technology Incubator, has shown great potential to develop an iron-based contrast agent to be used in MRI exams, which can prove to be an alternative to gadolinium-based media. President and co-founder of the company, Bradford La Salle, said that since their inception in 2017, they realized that there are concerns about gadolinium contrast media to be used in MRI, and both patients and doctors were looking for alternatives.

According to Janet Morrow, Ph.D., Chemistry Professor in UB, and co-founder and chief scientific officer of Ferric Contrast, states that the development of iron-based contrast media has shown great interest from the researchers, probably because iron is a natural element found in the body, which gadolinium is not. Human bodies are able to regulate, recycle and store iron in a much better way than gadolinium. In case any iron stays in the body after the MRI exam, the body will be able to handle it without any external help.

Morrow stated that the iron complexes that they have developed are highly stabilized and soluble in the form of trivalent high-spin. The administration of gadolinium-based contrast media has long been debated. Its deposition in the patient’s skin, brain, kidneys and bone following the MRI exam is believed to cause GDD (Gadolinium Deposition Disease). Its symptoms often include bone pain and burning sensation in the lower limbs and arms, pain in the central torso, headache, hearing and vision changes, skin thickening, skin discoloration, etc.

The funding has been provided under the Phase 2 Small Business Technology Transfer award provided by the National Science Foundation. The STTR program aims at helping small businesses to transform scientific discoveries into service and products that can prove to be beneficial for the industry as well as for the society. Instead of funding fundamental research programs, the STTR program provides support to small businesses and startups to create deep technologies, so that discoveries made in the laboratories can be dragged out to enter the market

With a focus on funding advanced research & development programs, NSF STTR programs provide non-dilutive finance to the companies, in which they receive the money without compromising their company’s ownership. The aim is to support these companies in their earliest stages of development.

Need to Look for Gadolinium Alternatives

Gadolinium contrast media has been used in MRI exams for around 30 years now. Used in around 30% MRI exams conducted in the US, a very low number of adverse effects have been reported so far. However, since the GDD became known in 2016, patients and doctors have become concerned about the relation between gadolinium-based contrast agents used in MRIs and their risk of developing GDD. Since then, efforts are being made to develop an alternative to gadolinium that can be used as a contrast media without compromising the quality of the scans.

Similarly, the University of Texas, Dallas, has also been functional in developing contrast media using organic radical products. Their researchers are attaching gadolinium with a plant virus to make a safe chemical cage for it to work as intended.

We, at sepStream®, are dedicated to providing you complete information about recent developments in the radiology industry and making them available to you as soon as possible. You can completely rely on us to get the best quality tools and equipment applicable in the radiology practice and call us to get any kind of update or guidance regarding the latest technological practices.