Amyloid brain imaging performed with a PET tracer successfully changed clinical management for 60 percent of patients with mild cognitive impairment or MCI and 63 percent of those patients with dementia. According to the Imaging Dementia – Evidence for Amyloid Scanning (IDEAS) study report published in JAMA, this is a new finding. The first phase of the multicenter trial was published in JAMA on April 2. These findings could have significant implications for the diagnosis and management of Alzheimer’s disease.

In the first phase of the IDEAS study, over 11000 medicare beneficiaries in the mean age group of 75 years with dementia or MCI were considered. Patients underwent the amyloid PET at across 343 imaging centers in the United States, and approximately 950 dementia specialists were also involved. In order to determine the efficiency of scanning, a research team compared the results of the pre-PET treatment plan with another plan that was developed after 90 days of imaging. 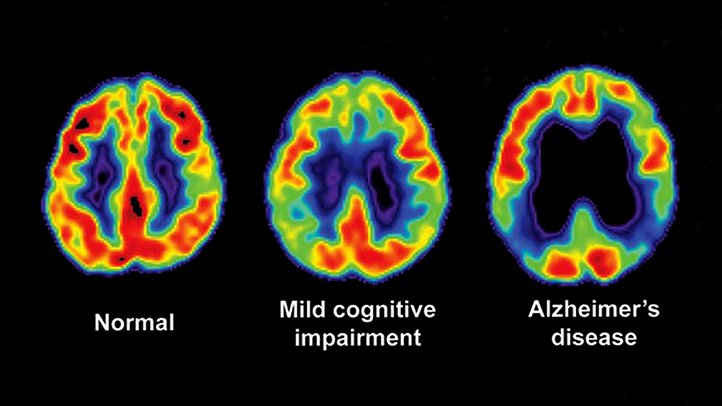 It was found that the pre-scan plan altered 90 days post amyloid PET in 60% patients with MCI and in 63.5% patients with dementia. The figure is almost double the predicted number, according to IDEAS study.

Gil Rabinovici, MD, and the principal investigator and lead author of the IDEAS study, and his colleagues also found that the use of drugs for Alzheimer’s disease doubled in patients with amyloid-positive MCI and increased by almost one third in patients with amyloid-positive dementia. In fact, physicians involved in this study also revealed that the scans provided some crucial clinical information in at least 82 percent of the cases with post-scan management alterations.

Scans were also beneficial to amyloid-negative patients as before scanning, 71 percent patients had been diagnosed with Alzheimer’s diseases; whereas only 10% did. This opened a new way of accurate diagnosis and effective treatment.

The principal investigator of the study, Gil Rabinovici, in his prepared statement,  said, “We are impressed by the magnitude of these results, which make it clear that amyloid PET imaging can have a major impact on how we diagnose and care for patients with Alzheimer’s disease and other forms of cognitive decline.

The IDEAS study was launched in the year 2016 with 16000 enrolled Medicare beneficiaries. For the initial phase of the study, the primary endpoint was how the physicians changed the medication prescriptions of patients and counseling about future planning and safety.

The research team found that physicians were more likely to prescribe drugs for Alzheimer’s disease to patients after PET imaging to MCI patients having significant amyloid deposits. The number of patients suffering from dementia increased from 63 percent before PET to 91 percent after amyloid imaging.

In addition, there’s something more to the success of these trials. The fact that based on these imaging results, physicians could ensure that up to 93 percent of patients referred to the Alzheimer’s trials were found to be amyloid-positive.

The chief science officer of Alzheimer’s Association, Maria C. Carrillo, PhD, and another co-author of the same study revealed, “These results present highly credible, large-scale evidence that amyloid PET imaging can be a powerful tool to improve the accuracy of Alzheimer’s diagnosis and lead to better medical management, especially in cases that are difficult to diagnose. It is important that amyloid PET imaging be more broadly accessible to those who need it.”

Eventually, investigators are hopeful that this nation-wide, open-label research would prove the clinical value of amyloid PET scan. Furthermore, it would also convince the Centers for Medicare & Medicaid Service to conduct tests as a fully covered process for those meeting the appropriate criteria usage laid down by the Alzheimer’s Association and the Society of Nuclear Medicine and Molecular Imaging.

The second goal of IDEAS is to show that scans can improve health outcomes. It is scheduled for the year 2020.

These data would be the key components of CMS decision, and they might be difficult to sell too, as per researchers Ronald C. Peterson, MD, Ph.D., and Clifford R. Jack Jr., MD.

IDEAS is a funding partnership of CMS, Avid Radiopharmaceuticals/Eli Lilly, the Alzheimer’s Association, the American College of Radiology, and Piramal Imaging.