Identifying the signs and symptoms of psychosis is an extremely difficult task for doctors and care givers. Psychosis leads to a gradual decline in cognitive functioning. It is typically characterised with changes in communication patterns, thoughts and perceptions. However, these changes are extremely subtle and are hard to diagnose.

Psychosis is an irreversible condition and does not have a permanent cure. But, early detection and treatment proves to be extremely beneficial for patients. It considerably slows down the cognitive decline and helps an individual to lead a healthy life.

Recent studies suggest that Artificial Intelligence or AI can help to identify the onset of psychosis. AI is widely used in the field of medicine to diagnose and treat various conditions. A research conducted by a team from Harvard Medical School and Emory School of Medicine tried to understand the role of AI in detecting the subtle changes associated with psychosis.

The study published in npj Schizophrenia, shows that machine learning and natural language processing can effectively pick up the signs that indicate changes in an individual’s behaviour and thought process before a psychotic break. The researchers created a digital phenotype to represent an individual’s knowledge representations and thought process. These helped them to pick up clues associated with this condition. 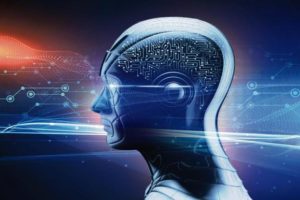 Neguine Rezaii, MD, explains that finding the subtle changes in conversations can be as difficult as seeing microscopic germs with your eyes. The first author of the paper, Neguine Rezaii further explained that the automated technique developed by them is an extremely sensitive tool that can detect hidden patterns. It can be compared to a microscope looking for the warning signs of psychosis.

The researchers conducted their study on speech samples from 40 patients in the North American Prodome Longitudinal Study (NAPLS) at Emory University. The patients were studied for 2 years to notice changes in their behaviour and conversation patterns.

A number of aspects were studied during the research. To train the model, 30 participants were included from the second phase of the study. Over 30,000 Reddit posts were also utilized to develop a speech baseline which was used to build the algorithm.

The participants in the prodromal phase of psychosis were more likely to talk about voices and sounds. They were mostly characterized to have speeches with low levels of semantic density. During the follow-up phase, 7 patients converted to the psychotic stage. However, the remaining 23 did not deteriorate to this stage. In order to validate the model, 5 converters and 5 non-converters from the third phase of NAPLS were used.

Several processing analyses were used by the model to unpack methods of speech. It helped to sort words by inflections and parts of speech. It also helped to express the meaning of sentences as word embeddings. Artificial Intelligence used in this process could predict whether a person was prone to develop psychosis later on, with a 93% success rate.

Phillip Wolff, professor of Psychology at Emory and the senior author of this paper revealed in his statement that the subtle signs of future psychosis lay hidden in a person’s speech or language. The automated process effectively helped to uncover those features. According to researchers, the study is quite promising and is likely to work in favour of machine learning. It is going to work wonders in the field of mental health and natural language processing.

Wolff further added that this study is interesting not only because it reveals the hidden facts associated with psychosis but, also with regard to its potential to uncover the secrets of how the mind works. It will also shed light on how the mind puts ideas together and prompts an individual to react accordingly. He is optimistic about the potential of machine learning and said that due to the rapid advancement in the field of machine learning and AI, we will soon be able to use tools to mine data from the human mind.

Offering affordable EMR/ RIS/ PACs solutions, sepStream® is equipped to meet all your diagnostic imaging requirements. We comply with strict DICOM standards and are dedicated to providing customized solutions according to your requirements. Rely on our services for timely delivery and maximum customer satisfaction. With our 100% web-enabled services, you can access our solutions from anywhere and anytime without any hassle.