The health care sector is one of the most important and functional sectors of any economy. It is the domain that directly with the quality of human resources of the country. If health is not kept good, the quality of human labor will also depreciate. Hence, the maintenance and governance of the healthcare sector measurably and effectively are of paramount importance. The state-level economy, in particular, gets immensely impacted by the functionalities of the health care sector.

The investments are done to improve the service provisions, the taxes collected to keep the development work ongoing, the number of people employed under the sector, and the number of patients availing the services make for the total profit-loss scenario of the health care sector. Surely there are other parameters associated as well along with these primary dimensions of the healthcare sector on which the overall feasibility of the sector relies.

In the USA, state economies largely depend on the effective functioning and profitable allocation of resources to this sector. Hence, a report is generated at regular intervals to assess the performance of the health care sector and its role in keeping up with the growing state economies. The organization that manages this mammoth task of keeping an eye on the health care sector performance and its impact on the economy is known as MITA (Medical Imaging & Technology Alliance). 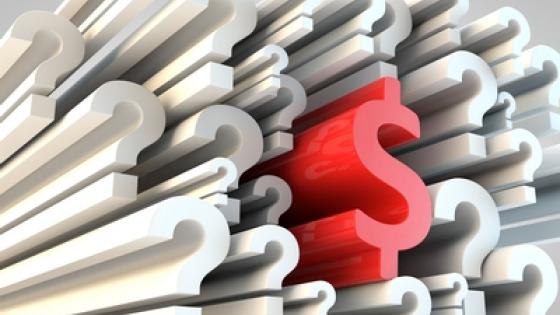 MITA releases reports from time to time depicting all the measurable attributes of the healthcare performance concerning the budgetary specifications. The latest report published on June 12, 2019, has compelled the experts to think over the issue of repealing the medical device tax permanently.

The analysis and research were conducted by the team of John Dunham & Associates regarding the impact of medical imaging on state economies of Massachusetts, Washington, and Pennsylvania. According to the report, the medical imaging industry that consists of most of the diagnostic centers across hospitals, healthcare clinics, etc., accounts for a staggering 36000 employees with an average annual gross salary of $100000 for Pennsylvanians.

Besides generating enormous employment opportunities, it also supports the holy cause of medical support that is growing in quality and quantity day by day. Hence, the experts are of the opinion that a sector that supports the human capital and the employment scenario of a state economy must be given wider opportunities to flourish more. Hence, the proposal for the cancellation of medical device taxes seems logical under the prevailing circumstances.

The Case In Massachusetts

Massachusetts is a much-known state of the USA, which accounts for the credit of most of the technological advancements through research and development methods. Medical imaging is a process that needs constant support from technological advancements and in Massachusetts, the same remains guaranteed. This state accounts for the innovation of the most return-friendly devices.

The MITA report has considered the contributions of Massachusetts in the health care sector have concluded that the medical device tax should be repealed permanently. They have also conferred that this exemption might encourage the process of research and development in the future, enhancing the scope and probability of innovation.

However, as far as the statistics are concerned, the state of Massachusetts does not show figures as high as Pennsylvania in terms of employment. A total of 12000 people are employed under the medical imaging industry in Massachusetts. However, it is always not the absolute values that matter, but the relative studies are also important. After a thorough consideration of the state economies of Massachusetts, the experts have come to the same opinion as for Pennsylvania to expel the medical device taxes.

The Scenario In Washington

Washington is one of the most urbanized states of the USA and accommodates a substantial population within its territory. The MITA report also covered its thorough findings on the data received from Washington.  This state has been the birthplace of Ultrasound and ever since it has served as one of the major hubs for medical devices in the USA.

Washington employs 5000 direct medical imaging employees accounting for an average salary of $118000 per annum, which is more than the average household income of the state. It also has the credit of housing more than 300 medical device companies within its territory.

The research and development ventures also run in full swing in Washington to support innovation of next-generation devices powered with better technology. Keeping all the aspects in mind, the expert team has published the MITA report suggesting for complete removal of the medical device taxes to encourage the industry not only to maintain but accelerate its pace of growth.

sepStream®  offers the latest technologies for medical imaging solutions. Known for impeccable customer services, we also ensure no-spill timely deliveries for all our clients. Affordable and updated, all our services are of top-notch quality, and we abide by the DICOM standards set for the healthcare sector to maintain operational transparency.