MRI Used to Check for Psychosis

A recent study published in the ‘Proceedings of the National Academy of Science’, has interdenominational-sensitive MRI (NM-MRI) as a potential biomarker of psychosis. The test is a marker of dopamine function in patients of schizophrenia. It indicates the severity of various psychotic symptoms.

The test was initially used to detect neuron loss in neurodegenerative patients. But, the study has now proved that NM-MRI can be used as a marker of dopamine function for people without neurodegenerative diseases. The author of the study, Guillermo Horga, MD, Ph.D., Columbia University, New York explained that the procedure is extremely advantageous when compared to other invasive methods like PET. 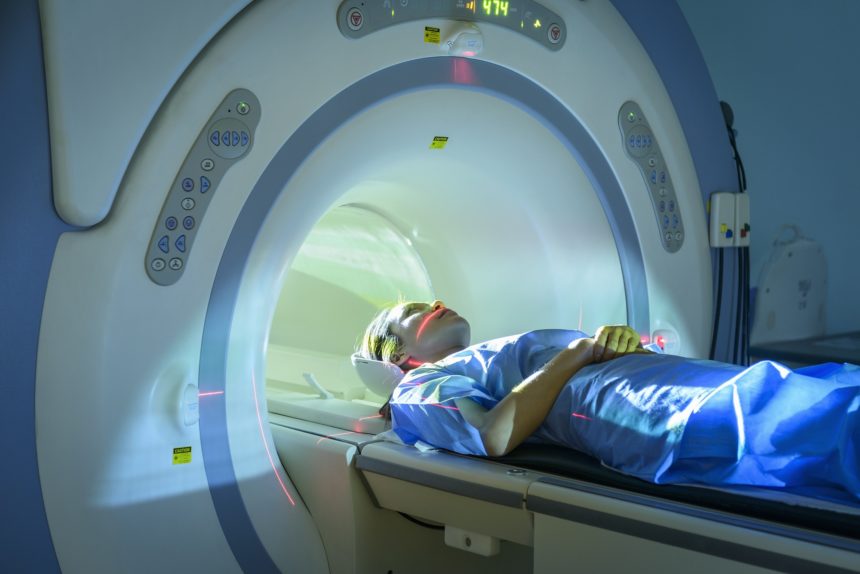 Advantage of MRI for Psychosis

According to Horga, NM-MRI is considered a better technique for determining dopamine function because it does not involve invasive procedures or exposure to radiation. It is a short scan which can be accommodated in any clinical scanner and can be completed without a complex procedure. As a result, it becomes extremely beneficial for pediatric treatment. It is also useful when repeated scanning is essential for investigating the severity of a problem. The test will aid in monitoring the response to treatment. It can also keep a tab on its progression, allowing medical practitioners to change and modify the treatment according to its severity.

Neuromelanin is a pigment that is produced within dopamine neurons present in the midbrain. It is specifically created in an area which corresponds to movement and reward. However, it is not created overnight. It takes a lot of time to produce neuromelanin and it keeps on accumulating over a lifetime. It gradually decreases from cells due to cell death, a condition which is common in neurodegenerative disorders like Parkinson’s disease.

NM-MRI to be used as a Predictive Tool

The researchers, under the leadership of Horga, conducted a number of tests to determine the effectiveness of NM-MRI. One of the tests also focused on the link between the severity of psychosis and the NM-MRI signal. The study suggested that a higher NM-MRI signal was associated with severe psychotic symptoms.

Horga is optimistic about the predictive properties of NM-MRI. According to him, it can help to detect neuromelanin abnormalities in people who show early signs of psychosis. The researchers are also trying to explore the possibility of using neuromelanin-sensitive MRI to determine the effectiveness of dopaminergic treatments. This test can help to identify people who will benefit from such treatments.

sepStream® provides 100% web-based EMR/RIS/PACS solutions and meets strict DICOM standards. We also help to easily integrate with your DICOM modalities and appliances. Our solutions are simple, comprehensive and reliable. We offer unmatched solutions at extremely attractive rates, keeping in mind the customer’s requirements. Our affordable solutions are tailor-made to suit your specifications.