The COVID-19 pandemic is one of the deadliest the century has seen. It has not only claimed thousands of lives but also shocked the economies gravely. The radiology imaging services, in particular, are experiencing a grim situation at present. 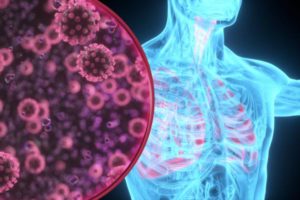 As the pandemic continues to rule the market, besides claiming millions of lives, it has also struck the business volumes of many domains. One of the fields that have experienced a sharp decline in the revenue margins is the radiology image providers.

According to the latest surveys, the pandemic has reduced the total earning of this lateral to a great extent. The intensity of the financial damage was so severe that 70% of these service providers had to opt for financial relief.

The American College of Radiology and Radiology Business Management Association considered a 200 U.S-based radiology imaging services sample. The research aimed to figure out the pandemic’s impact on the business operations and associated revenue margins of the radiology sector. According to the revelations, the imaging service providers have opted for relief schemes under several laterals.

The study further unleashed that almost 90% of the imaging centers have applied for some kind of relief program. Most centers have opted for hospital-based programs, breast center programs, and other miscellaneous programs. In a nutshell, most of the service providers have sought financial stimuli to stay afloat through the rough times.

No matter how alarming the figures are, if the pandemic continues to impact the radiology businesses this way, even this volume of stimuli might not be enough to cover the losses. Ajay Malhotra, MD, Yale School of Medicine’s radiology department and his colleagues expressed the same concerns.

The Paycheck Protection Program and Health Care Enhancement Act and the Coronavirus Aid, Relief, and Economic Security (CARES) Act together provides this lump sum. However, after the study, the team opined that the healthcare sector would need more financial stimuli to stay active in the future.

The RBMA and ACR sent a survey profile to its members to go further into the reaches of the situation. The survey included parameters like patient demographics, financials, volumes, personnel and staff adjustments, and recovery outlook.

Though the survey was sent in the month of May, the information it asked for referred to the month of April. In total, the survey received 228 responses, of which 80 were hospital-based responses, 26 were imaging centers, and 64 were mixed practices.

According to the findings of the study and the survey, the researchers concluded several dimensions of the market behavior under pandemic. Here is a brief detail of what the studies unleashed.

Malhotra and the team confirmed that they would further investigate the matter to get a clear understanding of the trends. The team also disregarded the claims of the near-future business surge citing the evidence of rising COVID-19 numbers.

The author concluded that the survey aimed at disclosing the random impact the pandemic had on the radiology domain.

It also aimed at revealing the response measures taken during this time. The team further added that the survey would allow the radiology leadership to gauge the impact of the pandemic and to take suitable measures to maintain a balance.

At SepStream®, we keep our services varied and updated. Implementing all the latest technologies, we keep our imaging services at par with the international standards. Quality is something we never compromise with. And, timely delivery of all the services makes us one of the market leaders today.  Our wide variety of services would help you pick the most suitable one for you at any point in time.