Both obesity and dementia are associated with increased risks of Alzheimer’s disease (AD) as well as other underlying neurodegenerative diseases. There are several review articles supporting the fact that obesity and dementia lead to an early old-age loss of memory, as evidence. Obesity triggers vascular dementia, which, in turn, decreased blood supply to the brain and increases fat cells, which damages the white matter in the brain. Hence, it causes cognitive decline and loss of intellectual behavior.

Inflammatory cytokines and adipocyte-secreted protein explain the relationship between obesity and the risk of dementia. Also, late-life increased body mass index confers to a reduced risk of dementia. 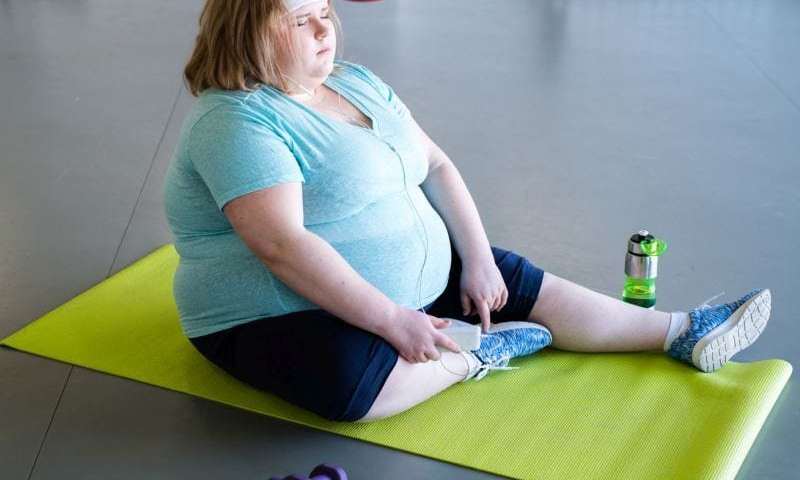 According to the latest study published in Radiology, obesity is directly related to smaller subcortical gray matter brain volumes that could play a crucial role in speeding up cognitive decline as well as dementia.

The first author of the study, Ilona A. Dekkers, MD, MSc, Erasmus University Medical Center, Rotterdam, the Netherlands, and colleagues wrote, “The global obesity pandemic has not only led to a greater incidence of cardiovascular disease and type 2 diabetes but has also coincided with a rise in brain diseases, such as accelerated cognitive decline and dementia.”

The authors also added that previous imaging studies have successfully established a link between Body Mass Index (BMI) to reduce gray matter volume as well as white matter integrity. However, depending only on BMI – as seen in most of the other studies – have resulted in misclassification as well as biases while estimating the result/effect of obesity.

To investigate further, Dekkers et al. analyzed the connection between the architecture of the human brain and obesity using MRI.

The Basis of Research

Obesity affecting middle-aged men and women, within the bracket of 40 to 60 years of age, has been consistently associated with an increased risk of dementia at a later stage in life. Nonetheless, there are no reports stating whether excess fat is harmful or helpful for the cognitive functions of adults over the age of 65 years.

Conflicting results could be possibly explained by the way obesity is seen in previous studies. According to new research and evidence, recent population research examining the connection between obesity and cognitive functions is over 5000 people beyond the age of 60. This clearly suggests that dementia is mainly associated with central obesity or excess fat in the belly region.

A study from the UK Biobank imaging wing conducted by researchers used structural T1-weighted and diffusion-weighted 3T MRI for evaluating 12087 participants in the age group of 45 to 76, with 52.8 percent being female.

In this study, the authors measure the total body fat (TBF) percentage using BMI and impedance and waist-to-hip ratio for measuring obesity.

The researchers wrote, “A possible explanation of previously described associations between obesity and lower gray matter volume could be on the basis of potential adverse effects of low-grade systemic inflammation in obesity, preferentially affecting gray matter volume over white matter volume. This has been supported by previous findings from the Framingham Heart Study, which showed that several inflammatory biomarkers linked to obesity have also been associated with lower brain volume, and preclinical evidence linking high-fat diet to neuroinflammatory changes and neurodegeneration.”

According to the team members of the Heinrich Heine University Dusseldorf in Germany, including Dekkers et al. and editorialist Svenja Caspers, more research is indeed needed to understand the biological basis of these changes seen in the structures of the brain of obese patients.

In an editorial, Caspers wrote, “Additional studies are required to further clarify which imaging signals in which brain regions are most relevant. Machine learning and artificial intelligence approaches might provide powerful tools to help detect structural imaging patterns that are most important for understanding the effects of body weight.”

sepStream® applies innovative research techniques to deliver the finest quality imaging results to patients. Using the most advanced range of imaging tools and devices, the company aims to cater to all kinds of imaging solutions much faster, without any delay or lag in the process.