Push To Prevent the Revised Payment Policy In Medical Imaging

The imaging technology has changed the medical world beyond recognition. When the X-ray was first discovered in 1895, little did people think it would bring such a phenomenal change to the medical world. However, in less than a year, the German physicist Wilhelm Rontgen had already developed a system that used X-ray for imaging.

Since then, there was no looking back. Today the magnetic field is also being used in the imaging industry with processes such as NRM (nuclear magnetic resonance) and MRI (medical resonance imaging) coming in vogue. Other camera and computer-based imaging technologies are also available and used for procedures such as surgery, where very accurate and clear imaging is required. 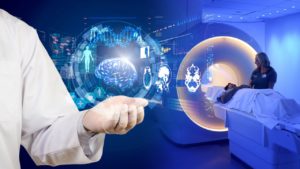 With the coming of these advanced imaging technologies, painless and non-intrusive diagnosis is possible for almost all conditions. Since the imaging systems are so advanced, they play a pivotal role in finding out about life-threatening diseases right at the earliest stage. Be it your general physician, gastroenterologist, gynaecologists, orthopedics, dentists, surgeons and even chiropractors, none of them can think of working without imaging these imaging systems.

New Challenge To The Imaging World

Even the researchers are constantly using the data generated by imaging of the patients for developing better diagnosis and treatment facilities. However, the imaging field stands at an imminent risk with the proposal of the revised payment policy that could cost up to $10 billion in a year.

While protests against this bill were already underway, more medical groups are now joining this lobby to push the Congressmen to complete scrape down this policy change. As of now, 53 different organizations have joined the protest, with more groups likely to join them soon.

Who Are In The Protest?

Some of the eminent groups in the protest are the American College of Radiology, the Radiology Business Management Association and Society of Interventional Radiology. Certain groups are collectively representing a number of other specialists.

A letter has been collectively signed and sent to the House of the Senate by the various groups, asking the Congressmen to reconsider their policy which is likely to have an adverse effect on a large spectrum of people who are directly or indirectly related to the field of imaging.

What Is In Card?

The policy which has likely been designed as an effort towards budget neutrality involves changes to charges of evaluation and management codes. If passed, the new system will take effect from 1st January 2021.

In their letter to the Senate, the groups have expressed their deep concern that the implementation of this policy will adversely affect the provider community. They have urged the Congress that making such a far-reaching change, especially at a time when people are already shrouded with financial difficulties owing to the uncertainty in the air is not the right thing to do. Implementing this policy will only add to the healthcare providers’ economic instability.

The American College of Radiology has studied the future payment trends, taking the payment trends from the previous months as a reference point. The decision of the Senate to bring a $5 billion reimbursement for care related E/M services in 2019 is bound to bring in cuts elsewhere. Since the radiologists and other such providers usually do not use these codes, the new reimbursement is likely to bring in cuts in their pay.

If no action is taken by the legislature in this direction, more than $770 million loss is likely for the imaging world in 2021 alone. Over the next ten years, over $10 billion losses are possible, if the payment trends are really to be believed.

What It Means In Covid Times?

While the possible policy changes are already quite disastrous, the effect can be felt more severely, especially in the Covid times. When the Covid situation first emerged in March, almost all the countries in the world were forced to come to a stand-still virtually. The effects were especially felt in the financial world, where there have already been huge losses. Almost all sectors of people have been affected by this depression.

The revised policy further adds to the financial burden of the providers in the imaging world. This can be seen even from the way the protests have gained momentum after the Coronavirus outbreak took place in March. While earlier there were thirty medical societies were protesting at first, an additional 23 groups have signed the letter after March. What remains to be seen is whether the Senate reconsider their decision under pressure.

sepStream® is a leading name in the world of medical imaging. Propelled by the commitment to provide the users with the latest knowledge in the Radiology industry, they have become a reliable source for the stakeholders to find all the relevant information. With their commitment to provide reliable equipment at the best prices, they have also become the number one choice of customers.