Reasons Why IBM Watson Flopped in the Healthcare Industry

Some time back, MD Anderson Cancer Center, the largest cancer center in the US, announced that it is going to introduce IBM Watson’s computing system into the healthcare system. With the help of Artificial Intelligence, this system was supposed to accelerate the decision-making process of physicians while treating cancer tumors. But IBM Watson turned out to be a failure, as it did not deliver what it promised. It failed to analyze huge volumes of patients’ health data and publish studies to offer cancer treatment options.

Here, we are speculating possible reasons why IBM Watson flopped in the healthcare industry, and what lessons can be learned from it. 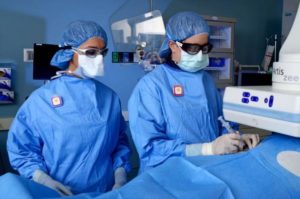 Soon after its release, reports started pouring in that the Watson system is giving wrong advice for cancer treatment in the form of incorrect and unsafe recommendations. Wall Street Journal also claimed that Watson did not make any progress in healthcare by bringing in AI. It said that it is not benefiting the patients in any way, and a number of physicians across the globe are also not finding it useful.

Watson was supposed to reduce physician’s effort and time, but it failed to do any of this. IBM has been one of the most successful technology companies introducing AI to support the healthcare industry. But recently reported issues have resulted in the loss of many of the company’s hospital clients. The problem lies in making false promises as well, as the marketing department of IBM promised something that their product could not actually deliver. During the initial stages, they should have focused on enabling evidence-based treatment options and give it some time to develop fully. By giving false promises, IBM has disappointed its clients who have become skeptical about the integrity of their advanced products.

Sufficient Time Not Given

The AI technology that Watson uses is not a problem. The problem is that it is not given enough time to gather quality data and use personalized medicine. IBM launched Watson in a hurry as something that can handle something as complex as healthcare. They were quite aggressive in the marketing of their product, without realizing the importance of making it competent first.

Watson was supposed to be launched as a software product, in which oncologists can simply enter their patient data and receive commendable treatment recommendations. This was how IBM advertised its Watson Health, but it failed to deliver this effect. IBM failed to work with the hospitals to ensure the proper functioning of Watson. With an aim to become a commercial product, IBM should not have aimed at gathering patient data.

Another reason for Watson’s failure is that IBM used data from its own development partner, MSKCC, to train it. Since the system is trained through the hospital’s own data, the results it gave after queries were biased towards the hospital’s own cancer treatments. It did not include data from other hospitals and other smaller clinical facilities.

While such a trained system can be helpful in treating simple and generic cancer cases, complex ones need a different approach to the approach. Smaller hospitals cannot even access the same methods of treatment as their bigger counterparts.

Problems in the Initial Stages

At first, the OEA system development scope was limited to MDS leukemia only, but later they expanded it to include five more types of leukemia, including lung cancer. During the audit itself, Watson could not integrate with the electronic medical record system of the MD Anderson Cancer Center. Due to this, internal pilots used the institute’s earlier medical records for development.

Most importantly, IBM Watson had a huge competition with rising technical giants like Google and Apple. Watson Health accessed data from four health data companies within a short period of time, and the company itself stated that it is a huge challenge to integrate AI into healthcare with all its difficulties and limitations.

While focusing on different healthcare aspects, like patients, administrative staff, insurers and physicians, IBM intended to make it oncology based public project. The researchers were trying to make use of Watson’s abilities to convert data into customized treatments for cancer. But Watson failed to understand uncertainty and picked up on faint signs generally observed by doctors. All in all, IBM failed to create AI that had the same understanding as a human physician.

As a result, Watson received strong criticism and few even claimed that it is providing terrible and irrelevant suggestions. The primary challenge was to give access to clinical studies and results in Watson like a human doctor. Watson could not scan medical literature and gain insight into important information. The major problem was that it could not compare new patients with others who had different patterns of the disease.

We, at SepStream, offer high-end technological tools, devices and equipment to consumers and hospitals all around. Get in touch with us, go through our product range, and place your order instantly.