Just a few years ago, Artificial Intelligence and Deep Learning were newbies in the field of radiology. But, today, there is hardly any conference that misses the important technological advancements in this field. Many prominent radiologists believe that it is the way forward and radiology must depend on Deep Learning to make further strides in this field.

Deep Learning has seen a lot of success in recent years. This has also led to several speculations about the future of radiology. Foremost among the concerns is the role of radiologists. Many fear that increased use of AI and Deep Learning in Radiology may take away the reigns of control from the radiologists. But, a recent editorial in the Journal of the American College of Radiology has put an end to all such questions.

According to Alex Bratt, MD at the Department of Radiology at Stanford University School of Medicine, there is absolutely no reason for radiologists to fear Artificial lntelligence or Deep Learning. Bratt is extremely optimistic about the benefits of automation but, according to him, AI will take a lot of time to replace human intelligence. He went on to elaborate on the three reasons why radiologists need not be concerned about deep neural networks or DNNs. 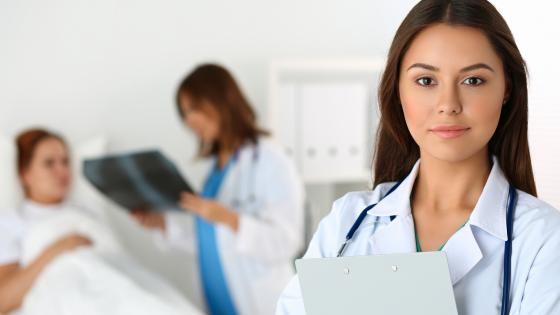 Bratt stated that humans can integrate clinical notes, images, lab values and other findings to execute various functions. Neural Networks, on the other hand, depend on the size and shape of the inputs. Besides, most of them use 2D images to operate various functions. In the absence of conclusive image-based evidence, the hands of DNN is tied.

Another major problem with DNNs is its inability to offer long-term dependencies. Humans, for example, can recognize and create a cohesive model from a large information chunk. Bratt explains that people can read a novel and remember a part of a character mentioned at the beginning even if there is no reference in between. It is mostly because of their ability to decipher cohesive models. If you try something like this with AI or most deep learning facilities, they are unable to accomplish these tasks.

Large swaths of texts as well as pixels are used for executing different functions in radiology. When compared to humans, DNNs haven’t even come close to what we can accomplish, elaborates Bratt. Radiologists need to refer to a lot of prior examinations and clinical findings before performing a task. DNNs, however, will rely on small contiguous sets of images to perform various tasks and its outcome may not be as satisfactory as expected.

In order to successfully implement Artificial Intelligence, DNNs need to be trained to execute various functions. Bratt further elaborated that human beings can easily notice small changes. But, DNNs cannot recognize minor changes. While a human can easily recognize little changes made to a sign, DNNs will fail to detect any such change. Every small change can cause a classification failure that will hamper its effectiveness. This can also pose serious problems in a clinical setting.

In real-world missions and critical settings, changes in input may result in catastrophic failure of DNNs, explained Bratt. As a result, it limits the viability of these methods. A major challenge in radiology is the application of images from different institutions. It often results in a drop in performance levels and Artificial Intelligence or DNNs may not be up to the challenge, argued Bratt.

In order to successfully implement DNN, a huge amount of data is required. It sometimes requires millions of images to successfully diagnose or detect problems. However, human beings can use the power of abstract reasoning instead of visual pattern recognition to process data. This is particularly helpful in the diagnosis and detection of rare diseases.

Bratt stresses on various emergency situations to clarify his position. He further goes on to explain that some situations are easier for humans to handle. They use their powers of logical reasoning and thinking to establish facts. However, DNNs always rely on specific inputs fed to their system. Any changes in the data pattern may result in faulty readings that are of no use for radiologists.

Nevertheless, Bratt is optimistic about the prospect of artificial intelligence in general. Automation has helped humanity for centuries and it will make tasks easier for the human race. But, its effectiveness in the field of radiology can be extremely limited, feels Bratt. Therefore, he concludes by saying that AI and DNN do not pose an immediate threat to radiologists.

sepStream® helps to completely digitize your workflow and provides customized solutions according to your requirements. We offer the best EMR/ RIS/ PACS solutions at the most affordable rates. Our team is technically educated to provide the most efficient solutions. We are committed to maximum customer satisfaction and ensure timely services.