It is always difficult for the patient as well as the family when one is diagnosed with some severe disease. Anyone who faced this difficulty would know how tension and anxiety could take a toll on him or her. That is why patients are always eager to receive their medical test reports as quickly as possible. However, here lies the dilemma: should patients get early access to their radiology reports?

The present system does not facilitate quick and direct delivery of reports to the patient. Presently, the doctor refers the patient for diagnostic tests if he deems it necessary for treatment. The radiologist then conducts the test, prepares the report, and sends it to the doctor. After a few days or so, the patient can receive his report from the doctor and continue treatment as prescribed by the physician.

Regarding the reporting of tests, opinions tend to differ between radiologists and patients. In recent years, this prospect has become a matter of discussion in the medical world. Many arguments for and against the idea already exist from both sides. Here are the various concerns of both sides presented in simpler terms for ease of understanding.

Most patients do not want to wait to hear the result. Other reasons may include patient confidentiality. The patient may not feel comfortable hearing it from the doctor before he knows it himself. 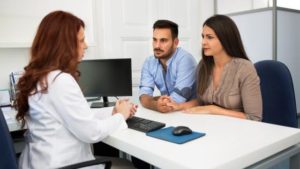 Surveys found that the majority of the doctors do not want radiologists to deliver a same-day report directly to the patients. Around 87.5% of doctors preferred to have the result in their office and not send it to the patient himself. In another survey, only 28% of doctors preferred direct reports to patients when the test result is abnormal. One reason for this may be that physicians feel less in control of the treatment when radiologists do the explanation.

There are a considerable number of radiologists who speak in favor of immediate reporting to the patient. Many believe that patients have a right to knowledge. With increased emphasis on patient’s autonomy, this idea seems quite valid. These radiologists stand in favor of giving the news sooner to the patients. Many radiologists are quite comfortable in communicating with the patient regarding their results.

Some radiologists argue that the modern patient is equipped enough to understand the test report. Many a time, patients can conduct their own research on the internet regarding their issues. Patients can then discuss with the doctor.

On the other hand, many radiologists differ on this matter. The counter-argument is that the internet is not always a reliable source of information. It is full of misinformation, and therefore it can induce misplaced fear in the patient.

A good many radiologists believe that patients cannot make an accurate interpretation of radiology test results. A layman does not possess the relevant knowledge and might misjudge the severity of his illness. That would lead to difficulties in the treatment. Many radiologists also feel uncomfortable delivering the report to the patient. Especially if it is bad news, radiologists tend to shy away from it.

Another argument is that physicians would know their patient’s medical history better than the radiologist would. Therefore, the doctor can assess the disease better than a radiologist can.

As the medical world evolves, the role of radiologists in the treatment process will also change. The traditional role of radiologists may change in the future. Some have proposed a possible solution that involves all three – the patient, the doctor, and the radiologist. The idea is that patient can directly talk to both through video call and get a better picture of the situation.

Another option is to provide information only if the patients ask. Alternatively, the radiologist can ask the patient if they would like to know their result.

Patients in the future will likely have more choices in receiving their medical reports. With the introduction of more modern technology, expect your test results to get even more accurate. For example, a software solution like sepStream® can drastically improve radiology test quality. It can provide you with reports error-free and cheaper with the implementation of such software. As a result, you will receive better and more effective treatment.