On May 22, the year 2019, more than 400 members of the American College of Radiology (ACR) spoke with the elected federal representatives to discuss four legislative priorities as part of Capitol Hill Advocacy Day at the ACR Annual Meeting.

Four legislative issues surrounding health insurance plans and the burden of huge costs on beneficiaries were pointed out.

Noted below is a summary of the stance of ACR on the four defined legislative issues: 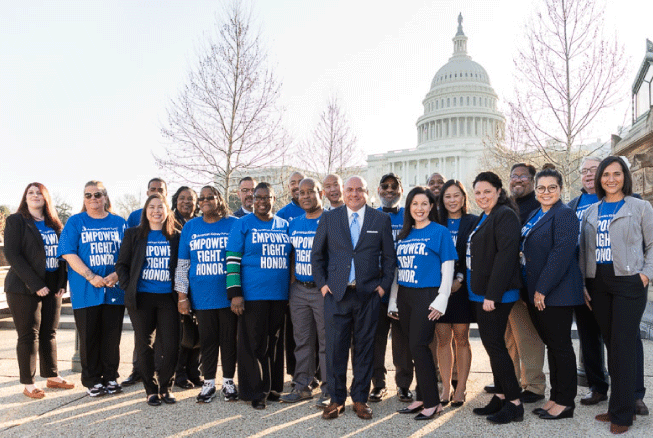 According to a position statement in the ACR, “Issues surrounding beneficiaries being burdened with high out-of-pocket costs and inadequate provider networks present real issues for patients in need of life-saving diagnostic imaging services. The problem of the unanticipated out-of-network bill is complex, and requires a balanced approach to resolve.”

According to the ACR, the main problem is that the health insurance plans are dependent on a narrow network of service providers to keep costs in control. As a result, astonishing and out-of-network bills also burden patients who ensure they receive proper in-network care, as they are unaware of the involvement of out-of-network service providers in the process of care.

In the ACR, it is urged to lawmakers to prioritize patient protection, and take necessary action to ensure it is addressed. In addition, it was also mentioned that anything misleading patients, such as insurers or providers, benchmarked payments and out-of-network billing solutions should be avoided.

#2: Protection of the Patient Access for Lifesaving Screening (PALS) Act

At present, the approach of the USPSTF with respect to breast cancer screening guidelines has been paused and is set to expire in December 2020. However, if these suggestions are recognized, individual as well as group insurance plans would not be required for covering annual mammography and there would be no cost-sharing for females aged 40 to 49.

A position statement from the ACR reads, “The ACR urges Congress to enact bipartisan legislation extending the current moratorium. Failure to do so could result in thousands of additional, and unnecessary, breast cancer deaths, and thousands of more women enduring extensive surgery, mastectomies, and chemotherapy for advanced cancers which could be avoided with annual screening beginning at age 40 for women of average risk.”

An average radiology resident with $300,000 in loans for the medical school shall pay $75, 000, or more, as additional interest during the four years residency program.

Since 1992, medical student loans and debt have increased, according to the ACR. It could be a significant and determinant factor in the projected shortage of physicians, as pointed by the Association of American Medical Colleges.

According to a statement published in the ACR, “At a time when the United States needs to provide additional incentives to avoid a physician shortfall in the near future, halting the accrual of interest during residency through the enactment of H.R. 1554 (the REDI Act) will relieve some of the financial burdens of pursuing a career in medicine/dentistry by providing significant savings for young physicians.”

There is a steady demand for timely medical imaging and Medicare is also trying to create efficient and value-based solutions for improved patient outcomes, especially in radiology.

According to another statement published in the ACR, “While Radiologist Assistants (RAs) are newly recognized under Medicare to perform diagnostic imaging services under direct supervision, the radiology practices that employ them are currently unable to submit claims to Medicare for procedures or non-diagnostic services RAs perform in hospitals, where they normally work. This new MARCA bill language allows RAs to b fully utilized in radiology practices to provide high quality, efficient, and cost-effective care to patients.”

Often times, health insurance plans and medicare fail to disclose the expensive flaws in plans, which include greater responsibility for unforeseen costs. Thus, it becomes financially burdensome for patients and provider networks. Patients looking at monthly health insurance premiums eventually find out these nuances only when they have suffered from a serious ailment or a major trauma.

The problem with unanticipated out-of-network bills can be quite complex. It requires a balanced approach to eradicate this problem. Besides providing stronger patient protections, the ACR also believes that the aforementioned recommendations would improve transparency in approach and promote better access to suitable medical care, and evade the idea of creating disincentives for health care providers and insurers.

sepStream® provides world-class health care and medical imaging solutions to patients under one roof. The company uses the most sophisticated range of tools and equipment to deliver accurate results at the most affordable cost.