Becoming a radiologist is not easy. The education and training are expensive and rigorous, and you have to invest a good amount of time, money and effort into earning your radiologist degree. Even after completion of training, your work life is going to be demanding and strenuous. You may be required to work for long hours and be present whenever you are demanded. However, with all these compromises comes a highly-paid career too.

Radiology is a well-paid field, though income may vary significantly from one radiology specialty to the other. According to Medscape, the average annual salary of a radiologist is $427,000, which is 2% more than the salary survey report of 2019. However, after the onset of Covid 19 pandemic, there has been a drastic decline in the demand for imaging procedures, and their work is highly reliant on elective cases only. But as the situation is starting to level off, hopes are getting higher for the future.

Here is a list of the top 5 highest paid radiology specialties that will show which ones actually pay the highest. 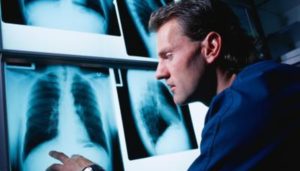 These therapists closely work with radiologists to prescribe and conduct radiation therapy. As a part of teams, these radiation therapists often work for cancer treatment, and ultimately aim at curing a person’s disease. Apart from administering radiation therapy, they are also responsible for comforting and reassuring patients. Successful treatment of a cancer patient is made easier if the therapist is able to make a good relationship with them and if the patients are able to trust them completely.

With an average earning of more than $41 per hour, a radiation therapist takes home around $85,500 every year on an average.

The imaging equipment that MRI technologists use utilizes radio waves and magnetic fields to generate images of a patient’s body insides. The patient is placed in large tubes that are loud and constricted, due to which the patients often feel claustrophobic. Apart from conducting the MRI, the technologist is also responsible for reassuring such patients and resolve their fears and concerns.

With hourly rates of around $30, these professionals are estimated to take home around $62,250 per year.

These technicians, also known as diagnostic sonographers, use high-frequency devices that generate sound waves. These ultrasounds are often used to create images of a patient’s internal organs, muscles, tissues, and unborn fetuses. The scope of ultrasound has drastically increased over the last few years as a source of diagnosis as well as treatment in certain conditions. Owing to this, demand for such technicians has risen to a great extent, and they have become some of the top healthcare support specialists in the field.

Earning around $35 per hour, you can earn as much as $74,000 per year as an ultrasound technician. You may work in hospitals where you may be required to work for 12 hours continuously. Since ultrasound machines are heavy and bulky, your work will be made easier if you have the good physical strength and can lift around 80 pounds with ease.

As a nuclear technologist, you will have to work closely with a physician and administer radiopharmaceuticals, which is a type of radioactive compounds. These technicians use radiation detection equipment to perform and analyze imaging procedures. Based on this analysis, the physicians diagnose a patient’s condition and make the right treatment plan.

To become a nuclear technologist, you need a bachelor’s or associate’s degree. Along with that, you must have good communication skills, and you must be able to give attention to the detail. Strong mathematical skills will be an added plus. With earning of around $37 every hour, average nuclear technicians can make around $78,000 per year on an average.

The annual average salary of these technologists is around $57,700.

As far as incentives and bonuses are concerned, radiologists rank high in the field of specializations. It has been seen that incentives for radiologists has gained an increase over the last 5 years, and now more radiologists claim to be satisfied with their earning. However, more work needs to be done in the field to include more women in the industry. According to a recent survey, only 21% of people involved in radiology are women. In the present scenario, more women are working towards becoming radiology specialists, especially in the field of rheumatology, pediatrics, and OB-GYN.

At sepStream®, we claim to offer some of the most advanced and high-end radiology tools, equipment and machines to support your specialization. With accurate and timely reports, you can gain trust among your clients and increase your business furthermore.