Male and female human brains tend to go in separate directions right from the womb. In a recent study published in the April edition of Developmental Cognitive Neuroscience, researchers have revealed that functional connectivity is different between sexes from the very early stages of neurodevelopment. Resting-state functional MRI or fMRI was used to image the brains of human fetuses to arrive at this conclusion.
According to the authors, long-range gestational-age related changes in the functional connectivity of subcortical and cortical regions were noticed in female fetuses. But, in the case of male fetuses, this connection was completely non-existent. 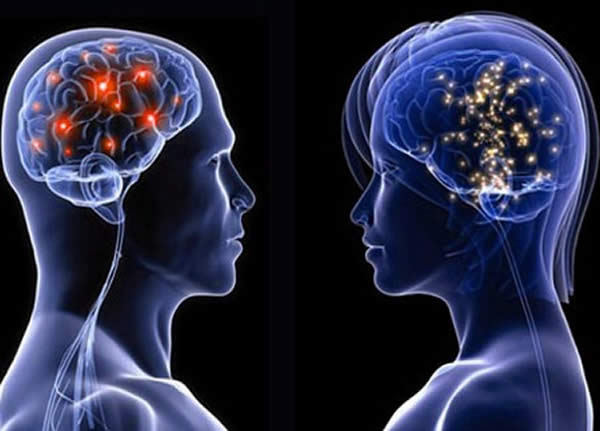 A group of researchers from Mallinckrodt Institute of Radiology at Washington University along with Adam Eggebrecht, Ph.D. made certain observations during this study. They used fMRI to study the functional connectivity patterns in 118 fetuses. The sample consisted of 70 male and 48 female fetuses. All of them ranged in the 25.9 to 39.6 weeks gestational age group. All the observations were carried out during routine obstetric appointments of the mothers.

The authors finally confirmed that sexual dimorphism in functional brain systems starts emerging as early as the gestation period of humans. The consistency of their findings was further elaborated with meta-analyses of neurodevelopmental sex differences in infants. Eggebrecht and his team found that the dorsolateral prefrontal cortex and visual cortex had greater volume in case of female infants. It led to the conclusion that these volumetric differences are directly a reflection of superior frontal gyrus functional-connectivity differences which were observed during their research.

Limitations of the Study

However, Eggebrecht and his team acknowledged the fact that there were several limitations in their study. Imaging fidgeting patients was a challenge for a number of researchers. In such cases, the use of standard segmentation and reorientation algorithms could not be used. It forced researchers to utilize manual segmentation and reorientation processes to calculate blood-oxygen-level-dependent volumes.
The researchers believe the study might open up opportunities for future analyses with automated computer programs and algorithms which will be designed to cater to this unique dataset. The study has been much talked about and is likely to spur discussions in the public realm.

SepStream® is renowned for its cloud-based EMR/RIS/PACS solutions and helps to digitize your workflow completely. We offer tailor-made solutions to all your diagnostic requirements and you can rest assured about the best services. We are dedicated to provide maximum customer satisfaction and endeavor to fulfill all our customer’s needs. You can rely on our timely, affordable, powerful and full-featured solutions to obtain tangible Return on Investment (ROI). We meet stringent DICOM standards and offer enterprise PACS Imaging solutions to meet all your needs.