In a recent editorial published at Academic Radiology by Richard H. Cohan, MD, and Matthew S. Davenport, MD, from University of Michigan’s Department of Radiology, the authors answered ‘yes’ for the above questions. Radiologists’ workload has increased considerably in recent times owing to reducing per-case reimbursements and to keep hospital and department revenues from declining. 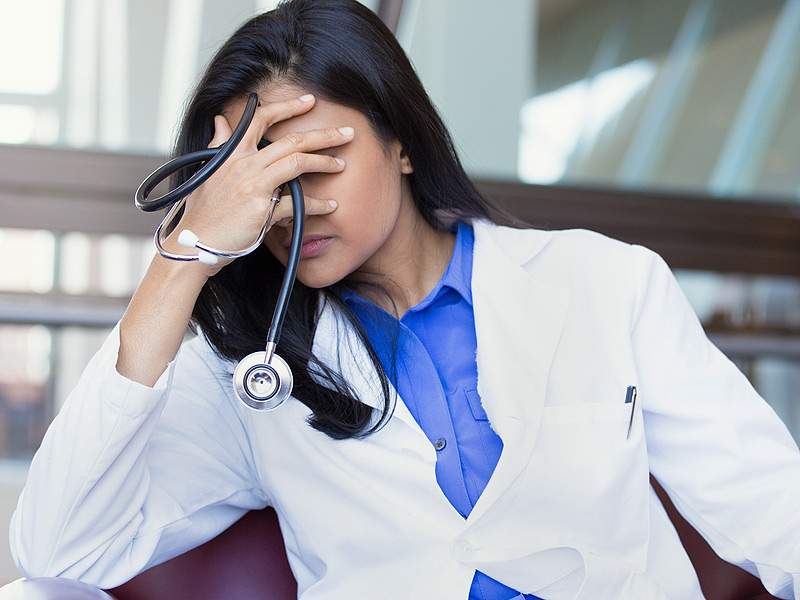 The radiology department is growing in terms of burnout ranks as compared to other specialties. According to 2018 Medscape National Physician Burnout and Depression report, radiology holds 7th highest ranking in terms of burnout, compared to being 20th in 2017 and 10th highest in 2016. Out of 15,543 medical practitioners surveyed in the study, 42% of all physicians reported burnout, while 45% of radiologists reported the same.

According to the researchers, “Radiologists are still being told to work faster as the screws continue to tighten: more images, greater case volume, increasing complexity and less time to do the work. In search of bandwidth, radiologists will also look to the edges of the workday, resulting in longer hours, shorter lunches, and preoccupied evenings…other priorities like education and research fall by the wayside…resident and fellow training are threatened, and radiologist well-being is in jeopardy.”

Studies suggest that the healthcare sector, and especially the radiology department, is reaching a “tipping” point. Today, the advantages of being a radiologist are continuously being outweighed by increasing pressure of demanding workflow. Furthermore, “Minimization of human interactions and distancing the radiologist from referring providers to an even greater extent may only add to the likelihood of burnout,” said the researchers in a statement.

Speed is another significant factor contributing to radiologist burnout. In common psychology, radiologists tend to believe – consciously or unconsciously – that working for longer and faster contributes to acute medical error. This may instill a sense of professional dissatisfaction and guilt among the radiologists, another major cause of burnout. However, this matter still needs validation.

As researchers stated, if data shows that longer or faster reading up to a specific threshold is safe and effective, it can help mitigate the emotional trauma on concerned radiologists to at least some extent. Maximizing reimbursements is another cause that pushes the radiologists to perform more reading than what they are capable of. In this perspective, hospital administrations and department leaders should accept the consequences and threats of radiologist burnout, and take required steps to ensure that their revenue-goals do not take a toll on a radiologist’s wellbeing.

Researchers further added that the hospital administration should proactively respond to the risks of “disenfranchising the human beings working in their health care systems,” especially when most of them have a strong dedication to provide the highest levels of health care to the patients. Necessary steps should be taken to ward off today’s error-prone and highly commoditized paradigm and deliver a healthy yet competitive working environment for the radiologists.

SepStream® strives to minimize radiologist burnout with the aid of highly scalable, intuitive, and powerful EMR/RIS/PACS Solutions that help streamline workflow operations. The cloud-based tools are easy to use and help boost productivity, reduce bottlenecks, and increase revenues.