Photoacoustics: The New Form of Fluoroscopy

Numerous innovative approaches are being introduced into mouse imaging, and one promising modality seems to be the technology of photoacoustic imaging. This system works by combining tissue penetration and acoustic imaging resolution with flexibility and sensitivity of optical imaging. That being said, it proves to be a great technology to be applied to clinical trials and diagnosis. 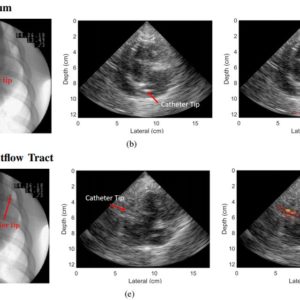 What Photoacoustic Imaging is?

Basically, photoacoustics is a recently developed molecular imaging tool providing high specificity and sensitivity. It is a hybrid technology of imaging that works on the principle of photoacoustic effect. In this process, the technician delivers non-ionizing laser pulses to tissues, after which some energy is turned into heat that generated ultrasonic wave and causes rapid thermoelastic expansion. They then use the same equipment that is used in the process of ultrasound imaging to detect these waves.

The major benefit of this technology is that they break the barriers of optical imaging like fluoroscopy. With linear scanning offered by this process, it has now possible to penetrate tissues of 9cm in fat and 1.2cm in muscle.

Application of Photoacoustics in Fluoroscopy

Photoacoustics causes self-quenching of tissues so that absorbed optical energy is dissipated due to internal heat conversion. When laser irradiation was applied, the thermal e energy that dissipated from the porphysomes was almost similarly efficient to the wavelength of nanorods, probably due to similar coefficients of extinction. Photoacoustic imaging depends on the thermal expansion of tissue absorbers, both exogenous and endogenous, for generating broadband waves of pressure that can be detected through conventional ultrasound transducers.

Porphysomes generate strong signals that can be detected at a concentration of as low as 25 picomolar. This indicates the need for self-quenching to produce any photoacoustic effect. Porphyrin nanoparticles were first applied in photoacoustic tomography and showed sentinel lymph node to map with the help of porphysomes. The unique structure of porphysomes, different from blood, confirmed the presence of lymph nodes through detection. Once the intracellular update is done, the porphyrin subunits unquench.

When the injection was given intravenously, porphysomes showed no signs of fluorescence due to their intrinsic self-quenching. But after a couple of days, fluorescence on a high level was observed in a tumor. This probably happened because of unquenching and accumulation of porphysomes gradually. To conclude, porphysomes can become a medium for identifying particle uptake and fluorescence imaging with low background.

Photoacoustic effect was discovered by Alexander Graham Bell in 1880, but at that time, there was no idea that this technology will become a groundbreaking technique in the biomedical imaging field later. The concept is quite simple, as photoacoustic effect is produced by directing light into a tissue that heats up and vibrates. As a result, soundwaves are produced that an ultrasound receiver can quickly pick up. it is a new, inexpensive, non-invasive modality used for imaging. With the help of contrast agents and specific molecules, it has become a highly specific, high-resolution technique of imaging.

This is made possible only with the help of lasers that can generate short but strong blasts of light in varying wavelengths. These light bursts can create sound waves in the particular body area that has absorbed the light. Different light absorbers can be detected by matching optical wavelengths with the body materials. Hemoglobin is one of the most effective body materials that naturally absorbs infrared light.

The wavelength at which hemoglobin absorbs lights may vary, depending on whether it is deoxygenated or oxygenated. When light is shone onto oxygenated hemoglobin, images of all the areas with oxygenated blood can be captured, including arteries, blood vessels, and tissue next to the capillaries. The extent of profusion in a lesion can also be measured with this technique.

Photoacoustics in the Diagnosis of Stroke and Cancer

With the help of handheld photoacoustic tomography (MSOT), technicians can also visualize the carotid artery in a human. It provides a remarkable level of functional, molecular and anatomical detail having temporal and spatial resolution from the living tissues. Several efforts are being made to apply non-invasive photoacoustics into the detection of lymph node metastases, breast malignancies, inflammation, cardiovascular diseases, skin lesions, etc.

Potential Use of Photoacoustics in Clinics

Application of photoacoustic technology in clinics is not that complicated. Its implementation is easy, and all you need is a light source, laser, and an ultrasound transducer that can receive signals. However, there are limitations in terms of depth, especially in procedures like non-invasive brain imaging. To achieve high resolution and accuracy, one more component would be needed, which is a probe marker that would be helpful in optimizing the photoacoustic toxicity, dosage, intensity and effect.

We, at SepStream, are leading the industry at offering the latest medical tools and equipment, along with complete information, explanation and consultation. If you want to make use of photoacoustics for your fluoroscopy imaging procedure, then get in touch with our experts and know your options.