Real-time MRI. Are you ready for MRE?

MRI is Magnetic Resonance Imaging that is one of the primary tools that physicians use to diagnose diseases and detect injuries from broken bones to conditions like multiple sclerosis. But the drawback is that MRI is a slow process and it takes hours, sometimes even days, to accurately interpret and examine. Due to this, if more investigation needs to be done in detail, or if there is some problem with the MRI scan, the patient has to come back for follow-ups. This leads to significant wastage of time, by which the patient remains devoid of diagnosis or treatment. That being said, National Institute of Biomedical Imaging and Bioengineering (NIBIB), with the help of a high-level team of researchers, has worked towards developing a new technique of MRI that can be used to capture brain thinking images within milliseconds.

The technique works by measuring modifications in the tissue stiffness in real-time and tracking them on a scale of 100 milliseconds. According to other studies conducted on healthy brains of humans, tissue stiffness can change almost immediately to stimuli, while taking as little as 24 milliseconds to react. Such a technique can bring revolution in the way scientists study the brain and neuronal activities in the brain diseases. 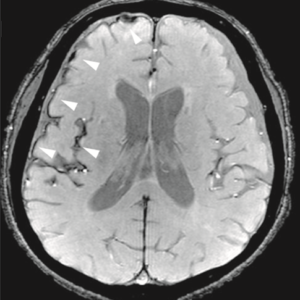 The human brain is known to respond within milliseconds, but non-invasive techniques of imaging used till date are not able to act that fast. A number of such imaging methods are used for measuring brain functioning, but all of them have limitations. For example, fMRI (functional Magnetic Resonance Imaging) is used to measure activity in brain-based on changing levels of blood oxygen. But since oxygen levels respond to stimulus in around 6 seconds, it gets too late to measure brain activity that takes place within a few milliseconds. As a result, it misses a lot of brain activity by the time it captures an image.

For a couple of decades, researchers have been using an MRI scanner to generate images of tissue stiffness with the help of a non-invasive technique known as MRE (Magnetic Resonance Elastography). Since stiffness in the tissue cannot be directly measured, they use MRE to monitor the speed at which mechanical vibrations pass through the tissue. Their speed is fast in stiff tissues while slow in soft tissues, which is why it becomes easier to determine stiffness in the tissues.

How the New Technique Developed

According to Krishna Kandarpa, M.D., Ph.D., director of research science and strategic directions at NIBIB, the new study can bring a revolution in the way scientists and researchers perceive brain issues. Since the new technique is heavily supported by engineering and physics principles, its development would be a collaborative effort of several expert teams. The imaging was first done on the mouse brain, in which the MRE images were excellent in quality, and the results were dramatic. Let’s see how it all started.

Once the technology gets fully developed and once it starts applying to human use, it will prove to be highly helpful in examining brain diseases and understanding conditions like multiple sclerosis, epilepsy, dementia, Alzheimer’s, and even large brain tumors.

At SepStream®, we stay at par with the latest advancements in the field of medical equipment and imaging tools. We use highly efficient and advanced imaging tools for accurate examination and diagnosis. With the use of sophisticated tools and highly advanced imaging equipment, we deliver results with more accuracy and faster turnaround time.