For the past two decades, William W. Orrison, Jr., MD, MBA, served as a consultant, advisor, and friend to Seppi Technology Associates, LLC until his unexpected death on Oct. 19, 2017.  His death has left a deep hole, that can never be filled in the medical community as well as in the hearts of the people who knew him, respected him and loved him.  Throughout his truly remarkable career, he always kept people at the heart of his work and maintained unfailing compassion for patients and their families. 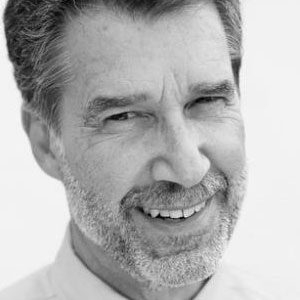 Dr. Orrison was a board-certified neuro-radiologist and neurologist.  Dr. Orrison’s work greatly impacted the practice of radiology and advanced diagnostic imaging.  His achievements were many. He was a key advocate of safe diagnostic imaging and spent much of his time advocating for patient safety through proper dosage levels as well as education about ensuring the quality and safety of imaging equipment.  He advocated the principle “as low as reasonably achievable” (ALARA) for all radiological examinations.  He wrote many books to educate and advocate a lower dose and the “appropriate” test for the given diagnosis.  His concern for lowering dosage started before the year 2000, which was long before the decrease in dosage movement today.  He worked on brain encephalopathy from sports and other trauma to the brain at least a decade before it became mainstream.  He was a visionary, pioneer, gentlemen, professor, business person, and most of all—an amazing human being, whose work and kindness will live on forever.

Dr. Orrison completed two fellowships in neuroradiology, the first at Ulleval Hospital in Oslo, Norway in 1981, and the second at the University of Wisconsin in Madison. In 1997, he became Professor and Chairman of Radiology at the University of Utah School of Medicine in Salt Lake City and conducted cutting-edge research in magnetoencephalography (MEG). To promote his medical inventions, he earned an Executive Master in Business Administration at the University of Utah in 2002 where he met and help found Seppi Technology Associates, LLC. The following year he left academic medicine to open advanced medical-imaging centers in Las Vegas while remaining active as an author, researcher, and lecturer. Dr. Orrison wrote five textbooks on medical imaging, including Neuroimaging, known as “the bible” on the subject, and was the primary author of the Medical Imaging Consultant series. He contributed 24 chapters to others’ books, authored or coauthored 145 major papers and 172 scholarly abstracts, secured 11 patents and conducted nearly 2,400 hours of continuing medical education.

Our hearts and thoughts go out to him and his family.  We continue to work closely with his son and celebrate his life.