The Covid-19 pandemic is perhaps one of the worst crises that the world has experienced in the modern era. While the situation has been tough on every front, the medical system especially has been stretched to its absolute limits. Medical professionals are working tirelessly to meet the needs of the patients that far exceed their capacities, both physically as well as infrastructure-wise.

Amidst this already trying situation, a pay cut can have a dampening spirit on the morale of the medical worker. Understanding this, a delegation of 50 senators from both parties have voiced their support to stop the pay cuts on Medicare for radiologists and other specialty branches of physicians.

The senators raised their concerns after going through the recent issue of the Schedule for Physician Fee released in 2021. The pay cut that is set to take effect on January 1 is aimed at increasing the pay for primary care services and other such office-based visits.

While they are in support of increasing the fund, they believe that putting the strain of these charges on the radiologists and other specialists will only strain the already over-worked system. Some lawmakers have also expressed their concerns that it may lead to jeopardizing the patient’s access to such specialist care. 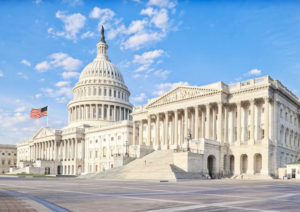 In their letter to the senate, these dissenting lawmakers have rightly pointed out the effect that such a decision can have amidst the pandemic situation. The entire healthcare industry, including these specialist physicians such as radiologists, is already having a tough time coping with the present challenges. The pay cuts can complicate the situation further both for the practitioners and their patients.

The lawmakers also observed that such pay cuts as the ones finalized by the CMES would affect the providers and the patients at any point of time. However, with the pandemic still on and no immediate signs of the situation getting reversed, this decision is bound to affect the system several times more than in ordinary circumstances.

The pay cut for the professionals arose out of the need to stabilize the budget, which now has increased pay for the management and evaluation services. While senators were looking forward to working with the leaders on this critical situation, many of them did not have any solid suggestions on how to forestall the cuts.

However, the physician lawmakers have come up with a sensible suggestion which the radiology advocacy group has also applauded. The idea is to provide these specialized professionals with bonus payments for the next two years in order to counterbalance the near about 10% decrease in reimbursements.

The letter by the senators has received an overwhelming response from the entire coalition of surgical care specialists that constitutes about twelve different professional associations and strength of more than a million physicians. The group also stated that cutting the vital health care spending amidst the pandemic is sheer ‘irresponsible.’ They were united in the senators in the belief that such cuts will ultimately hamper the patients and limit their ability to avail quality care services.

The group also thanked the senators who have taken up their cause and have shown complete willingness to co-operate with Congress and all other stakeholders to find a solution out of this devastating cut.

It is apparent that quality service at affordable prices has become the need of the hour amidst such a situation. With sepStream® software solutions, patients can avail high quality and error-free medical imaging based on AI at the most affordable prices. Such cutting-edge tech solutions can indeed ease the burden on the shoulders of the imaging staff.