EMR: Good or bad for medicine?

Aesop said that we often despise what’s most useful to us, but Aesop also said that it is possible to have too much of a good thing. Perhaps, no two quotes could be more relevant to how EMRs and EHRs are impacting healthcare workers. What do doctors and nurses really think? What do the numbers say; are the design of these systems helping or harming healthcare practices and professions?

>>How Do Healthcare Workers Feel About EHR’s and EMRs 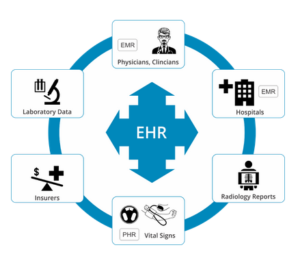 Doctors and nurses have spoken out in survey after survey about how EHRs and EMRs are negatively impacting their workflows, communications, and patient relationships.

In a nationwide survey by The Doctors Company that asked over 3,400 doctors about EHRs, respondents cited EHRs and regulation as the number one cause of burnout. Other key findings were that 61 percent felt EHRs negatively impacted efficiency, productivity, and workflow and that 54 percent felt EHRs negatively impacted patient relationships due to distraction and burden. Respondents also left detailed comments expressing frustration with EHR’s reliability, function, lack of interoperability, and usability.

In a letter to Pamela Wible, M.D., pioneer of the Ideal Medical Care Movement, one doctor expresses frustration with the slowness and inefficiency of EHRs as feeling “trapped and betrayed.” The doctor points out that medical school wasn’t attended just to sit in an office doing data entry for four to six hours per day.

A 2016 The Physicians Foundation survey found that 48 percent of doctors are considering either leaving patient care entirely or drastically reducing their daily patient numbers.

Black Book’s latest EHR Loyalty Poll amongst RNs reveal a similar frustration and complaint in workflow, consistency, and communication, which all result in poor patient care. An astounding 98 percent of the almost 14,000 respondents complained that they’d never been included in IT design and decisions even though they’re on the front lines of the workload. Dissatisfaction was at 88 percent, and fingers were pointed at financial administrators and CIOs in their selection of under-performing, cheap EHR systems that sacrifice quality of care.

>>What Do The Numbers Say About Implementation Results?

Opinion is one thing, but what do the numbers reveal about how EHRs and EMRs change workflow and costs? A study published in the Journal of Bone and Joint Surgery looked at an EMR system implemented at an orthopedic outpatient clinic, examining labor cost, patient time, and documentation time. Data from before the EMR was implemented was compared to the aftermath.

>>What Are EHRs and EMRs Really Designed To Accomplish?

According to Twila Brase, president of the Citizens’ Council for Health Freedom and healthcare policy advisor to the Heartland Institute, EHRs aren’t just an inefficiency and burnout problem. A larger-scale problem may be in how and why the information is collected. Brase says that EHRs aren’t what patients assume they are – a computerized version of a paper medical record. Instead, she says they’re a “data-collecting surveillance system imposed by Congress for purposes that have nothing to do with patient care and everything to do with outsider control of the exam room.”

In 2012, many doctors called Contra Costa County, California’s $45 million ccLink EHR system out for being designed for bureaucrats, not doctors. It’s just one example of epic EHR system fails that crushed healthcare worker morale and spawned threats of mass exit.

A 2018 survey responder might’ve summed it up best by calling for EHRs “by and for physicians,” not IT and administrators. While the crux of these systems is supposed to be streamlining, healthcare worker opinion and the numbers tell a very contradictory story, and the reasoning seems to be in how and why they’re used. Sometimes, too much of a good thing is a bad thing. Sometimes, that which is designed to help actually does more harm than good.