Generation ‘Alpha’ to Live in the Age of AI

Generation Alpha is the new name for the first generation to be born in the 21st century. They shall never know life beyond smartphones and smart assistants. It is predicted that they would be as dependent on AI as Generation Z and Millenials are on the internet.

Peter Rejcek, a journalist, takes a dig at how AI is about the change the world, and how it would affect AI development moving forward. Singularity Hub published his post on May 14, which naturally focuses on healthcare figures.

Though it is not new, Rejcek has summarized a few specific recent studies on the influence of AI in healthcare, and he pointed out that artificial intelligence (AI) appears in approximately 90,000 publications archived on PubMed.

He has also looked into the coming role of AI for Generation Alpha, born between 2011 and 2025, both in research and education.

The healthcare industry has adopted AI like none other, making it an integral part of the business. In fact, AI has already transformed healthcare plus longevity research. In fact, machines are now assisting drug design and earlier disease detection.

It is also predicted that AI would influence not just diagnosis and treatment of diseases in children, but also how we choose which child would be born first.

An NPJ Digital Medicine study published by the Weill Cornell Medicine scientist used 12,000 human embryo photos taken after five days of fertilization to train AI algorithms on how to suggest which in vitro fertilized embryo had the best chances of successful pregnancy based on quality.

Each embryo was assigned a grade based on different aspects of appearance. Investigators used statistical analysis to correlate that grade with the chances of success. Stork, the algorithm, successfully classified the quality of a new set of photos having 97 percent accuracy. 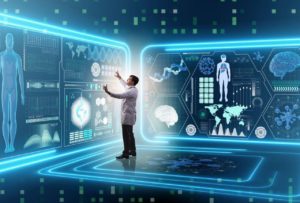 Dr. Olivier Elemento, director of the Caryl and Israel Englander Institute for Precision Medicine at Weill Cornell Medicine, was quoted in a press release as he said, “Our algorithm will help embryologists maximize the chances that their patients will have a single healthy pregnancy. The IVF procedure will remain the same but we’ll be able to improve outcomes by harnessing the power of artificial intelligence.”

Other doctors and medical researchers have identified the potential of applying AI to detect signs of possible developmental issues in newborns. European scientists are working with a Finnish AI startup to create seizure monitoring technology. They have developed a technique to detect movement patterns, which might indicate conditions such as cerebral palsy.

The study was published in the journal, Acta Pediatrica, which relief on an algorithm for extracting the movement from a newborn, and further turning it into a simple “stick-figure” that medical experts could use to detect clinically relevant data.

Researchers are continuously improving datasets, which includes using 3D video recordings. They are also developing AI-based methods to determine the motor maturity of a child and its development as per age.

Meanwhile, another study published in Nature Medicine, in the month of February, discussed the potential of using AI for diagnosing pediatric diseases.

After the weaning spree of algorithms, Generation Alpha shall be exposed to books about machine learning.

In fact, China is already spending billions on the latest AI technologies, with a Chinese city pledging almost $16 billion to develop a smart economy that is based only on artificial intelligence.

China wants to dominate the world by 2030 with its AI technologies. Chinese cities have started incorporation AI education into the high school curriculum. According to the South China Morning Post report, China published the first high school textbook on AI last year. Over 40 schools are already participating in the pilot program involving SenseTime, which is the biggest AI company in the country.

In America, where every child is believed to have access to their personal AI assistant, researchers have just started understanding how the omnipresence of intelligent machines would influence the ways children interact and learn with their overly digitized environments.

Concerns have been raised by Stefanie Druga, a member of the Personal Robots group at the MIT Media Lab and Sandra Chang-Kredl, an associate professor of the department of education at Concordia University, about the interaction between children and AI devices. In fact, they have stated that AI could have significant detrimental effects on the emotional connectedness and learning creativity of children.

In a Medium blog post, Druga wrote, “I believe it’s important to also introduce young people to the concepts of AI and machine learning through hands-on projects so they can make more informed and critical use of these technologies.

Druga founded Hackidemia, an international organization sponsoring labs and workshops around the world to introduce kids to emerging technologies at a tender age.

She wrote, “I think we are in an arms race in education with the advancement of technology, and we need to start thinking about AI literacy before patterns of behaviors for children and their families settle in peace.”