If you have never thought about getting a colonoscopy, this article is for you. According to the CDC (Centers for Disease Control), colorectal cancer ranks as the second leading cause of cancer deaths in America. The best way to avoid becoming another statistic is by being screened, especially if you’re a man over the age of 40. However, this doesn’t mean that women are immune to colorectal cancer; in fact, their chances of being diagnosed with the disease is almost as high as it is for men. That being said, colorectal cancer screenings are no longer as off-putting as they once were. The screening process is slightly less invasive and much more accurate.

WHAT IS COLORECTAL CANCER?

To better understand what an AI colonoscopy entails, it may help to under colorectal cancer first. The disease is characterized by abnormal growth that results in tumors, originating either at the colon or rectum. AI colonoscopies allow physicians to identify polyps that may turn into cancer 20 percent earlier than traditional screening methods. In short, AI technology increases the likelihood of surviving colorectal cancer. How does AI technology work in the context of colorectal cancer? Well, the technology makes use of algorithms that can analyze over 98 images per second to help physicians identify existing polyps and tissue that may morph into polyps at a later time. 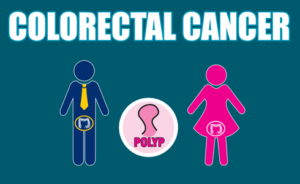 It’s also worth noting that the data is presented to physicians in real time. To say that this technology, as it relates to oncology, is groundbreaking would be a tremendous understatement. In fact, this new technology has gained the attention of physicians at UC Irvine, prompting them to offer AI-based colorectal screenings one day a week. That said, it won’t be long before the technology is embraced by the entire healthcare community.

Now that we have a basic understanding of the role of AI technology relative to colorectal cancer, let’s take a moment to better understand the science behind it. Studies are showing that AI technology helps increase the rate of early polyp discovery, and when it comes to any form of cancer, the earlier it can be detected the better. In addition to AI technology, physicians are starting to embrace computer-aided diagnosis, a technology that is making possible for them discern between neoplastic polyps and nonneoplastic polyps. This is a tremendous breakthrough that can help contribute to an accurate and efficient diagnosis. By utilizing both AI and computer-aided diagnosis, the chances of discovering cancer early is improved tremendously. Collectively, these screening methods are allowing physicians to detect polyps as small as ≤5 mm, which would have otherwise gone undetected with traditional screening methods.

In summation, there is no need to fear colorectal cancer screenings any longer, especially since the technology is becoming more technology-based and slightly less hands-on. If it has been a while since your last screening, or if you have never been screened, you’re encouraged to schedule an exam today.