At present, more than 5 million Americans suffer from Alzheimer’s disease, and this number is believed to get triple by the year 2050. Therefore, there is an urgent need to find ways to slow down the progression of dementia. Keeping that in mind, UT Southwestern Medical Center in Dallas conducted a year-long program in which older adults having the risk of dementia were asked to get involved in aerobic exercises.

After the completion of the program, they were found to have improved memory and increased the flow of blood to certain areas of the brain related to memory. These areas include the hippocampus and anterior cingulate cortex.

The study was published in the Journal of Alzheimer’s Disease on May 20, 2020. While scientists already know that exercise can significantly improve a person’s physical as well as mental health, but this study showed prevention of Alzheimer’s disease as well due to improved blood flow to the brain. During the study, adults with a high risk of Alzheimer’s disease were observed for a long time.

Binu Thomas, Ph.D., a senior research scientist at UT Southwestern, said that the findings are encouraging and can be significant in improving a person’s memory that has started fading. If your brain function has started deteriorating, you still have hope that can be helpful.

There are possibilities that a procedure or drug may be developed in the future that would target these areas of the brain and increase blood flow to them. However, the right kind of strategy still needs to be identified, which can postpone or prevent the onset of Alzheimer’s disease symptoms. However, there still needs much more to be understood about the effects of aging on brain function. 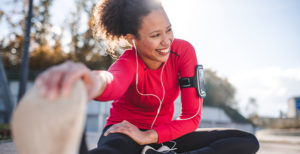 How the Study Was Conducted?

The study included 30 patients who were more than 60 years of age and were suffering from issues related to memory. The team conducting the study noted their cerebral flow of blood and long-term memory of these patients. 50% of these patients completed training of aerobic exercises for one full year, while the remaining patients exercise by stretching only. In comparison with each other, the group of adults who did aerobic exercises reported 47% improved memory scores than others.

It is now clear that the onset of memory problems is related to the flow of blood to the brain. What needs to be done is to piece all things together and find a suitable way out. At present, it is evident that exercising and taking care of fitness have permanent benefits not only on the brain but on the heart as well. All in all, people who are fit are found to have better memory as well.

Hippocampus is a small structure in the human brain that is only a few cm2 in size. It looks like a seahorse, thus its name. Basically, it is believed to be the control epicenter for memory. Brain diseases like Alzheimer’s cause damage to this part and impair memory. A team of researchers examined the supply of blood to this structure in a number of older patients, along with their speech comprehension, concentration power, and memory performance.

Depending on your genetic predisposition, your hippocampus may be supplied by single or double arteries. In cognition tests, participants whose brain was supplied by double arteries were found to have better memory and concentration power. However, the supply of blood may get influenced due to several factors, like personal lifestyle, etc.

Getting Back Memory with Improved Blood Flow

If you realize that you have started forgetting things very easily, then you may get back your memory by improving your fitness levels. Aerobic exercises can improve the flow of blood to the brain, particularly your hippocampus which is connected with your memory power. Even younger individuals from 18 to 35 years of age were found to have better memory and a more elastic and firmer hippocampus if they were fit.

A healthy flow of blood is crucial not only for your brain but for your entire body. People with healthy blood vessels can successfully avoid Alzheimer’s disease and memory loss. Not only this, but they can also keep heart disease, erectile dysfunction, hypertension, stroke, and other health issues at bay. You will be filled with energy and also maintain a healthy weight. Poor blood flow is related to a number of mental problems, like depression, bipolar disorder, schizophrenia, ADD, ADHD, suicidal thoughts, seizures, etc. The low flow of blood to the brain is the primary indicator that you have the chances of developing Alzheimer’s disease in the future.

Other than exercising, there can be certain steps that can be helpful in improving blood flow to the brain, such as limiting salt intake, drinking green tea, eating healthy, limiting alcohol intake, and taking enough rest.

sepStream® is a US-based company dedicated to providing the best of tools, equipment, and guidance to imaging service providers. Get in touch with us and let us know your doubts, so that we can help you appropriately.