Lawsuit for no physician present during contrast delivery

Contrast imaging is a radiology procedure in which a contrast dye is injected into a person’s body to see his/her tissues and organs more clearly during medical imaging. This kind of imaging is often done when a CT, X-ray, ultrasound or MRI exam is needed. In 2013, Syd Ackerman filed a suit against Omega Imaging Inc., a radiology practice provider in South California, claiming that no physician was present at the office while the imaging exam was conducted. 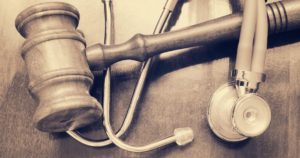 Know About the Claim

According to Medicare, a physician is needed in the office for supervision while conducting certain imaging exams that need contrast IV. Now in May 2020, the federal government also decided to become a part of this lawsuit. As per the Department of Justice, Omega Imaging Inc. has violated the rules led by the False Claims Act to bill Medicare at imaging offices that even did not have the proper accreditation. 11 imaging centers are being operated by Omega in South California, and Syd Ackerman worked as a consultant to them a few years ago.

According to DOJ, direct supervision by a physician was ignored by the practice provider and they also evaded accreditation needs. Syd Ackerman worked as a whistleblower who exposed secretive activity or information of the organization that is unethical and illegal. In case of any recovery, Ackerman will be liable to get a share of the outcome. As per the False Claims Act, the government has the right to take over and interfere in the case of a private party.

Jody Hunt, the Assistant Attorney General, said that they will take aggressive actions against such unprincipled healthcare providers. He said that such providers ignore the legal obligations to make a profit and go to the extent of putting the safety and health of beneficiaries at risk.

Omega, aka Health Scan Imaging & Open MRI, did not give any immediate response to a request for comment from the Radiology Business. According to Bloomberg Law, US District Court, Central District California, has ordered the unsealing of the complaint on May 7. The Department of Justice refused to join a third claim of Syd that the imaging provider also participated in a scheme of kickback.

After DOJ intervened in the case in May 2020, the consequence was received in September 2020. The practice provider has settled upon paying $5 million for the allegations against it that it conducted contrast imaging exams without the presence of a physician supervisor. However, it is to be noted that the service provider has not admitted its liability but has agreed to pay this sum only to resolve the allegations.

According to DOJ, Omega also administered care at facilities with no accreditation, considering which they have also encroached upon the False Claims Act. In addition to the massive payout, the company has also signed a 3-year integrity contract with the Inspector General Office, reaching an agreement to acknowledge and address upcoming risks of compliance.

Timothy DeFrancesca, a special OIG in-charge agent for the US Department of Health & Human Services, stated that patients expect proper safety protocol from the medical providers while conducting their treatment procedures. OIG works with law enforcement partners to sustain the integrity of the health programs set by the government. After the settlement of the claim, Syd Ackerman is liable to receive an amount of $925,000 for his lawsuit.

A Little Info About the False Claims Act

False Claims Act is a powerful tool against healthcare fraud. According to the qui tam whistleblower provision in it, any individual can file a claim against the fraudster on the government’s behalf. If the claim succeeds as per the whistleblower’s information, he/she is entitled to collect 15-30% of the penalties that the government would collect from the lawbreaker. Most of the time, these penalties are quite hefty in amount, as fraudsters are often liable to pay for treble damages and civil sanctions.

With a major focus on fraud in the healthcare industry, DOJ states that whistleblowers are very important for identifying fraud in the field. If you have any kind of information about fraud, abuse, or mismanagement in the industry, then you must get in touch with whistleblower attorneys and get information about your rights and rewards. Longwood Management Corp., which operates 27 rehabilitation and nursing facilities across California, also had to pay $16.7 million for the resolution against their allegations in September 2020.

sepStream® is a US-based consultant that offers RIS, PACS, VNA, EMR and other related solutions to clients and customers. Affordability, timely delivery, and customer satisfaction are our focus areas, according to which we offer full-featured products and expert consultation so that you can provide high-class healthcare service to your clients. If you have any kind of doubts and if you need any help regarding imaging procedures, get in touch with us and let us know how we can help.